DREAMING OF ENGLAND AND DOWNTON 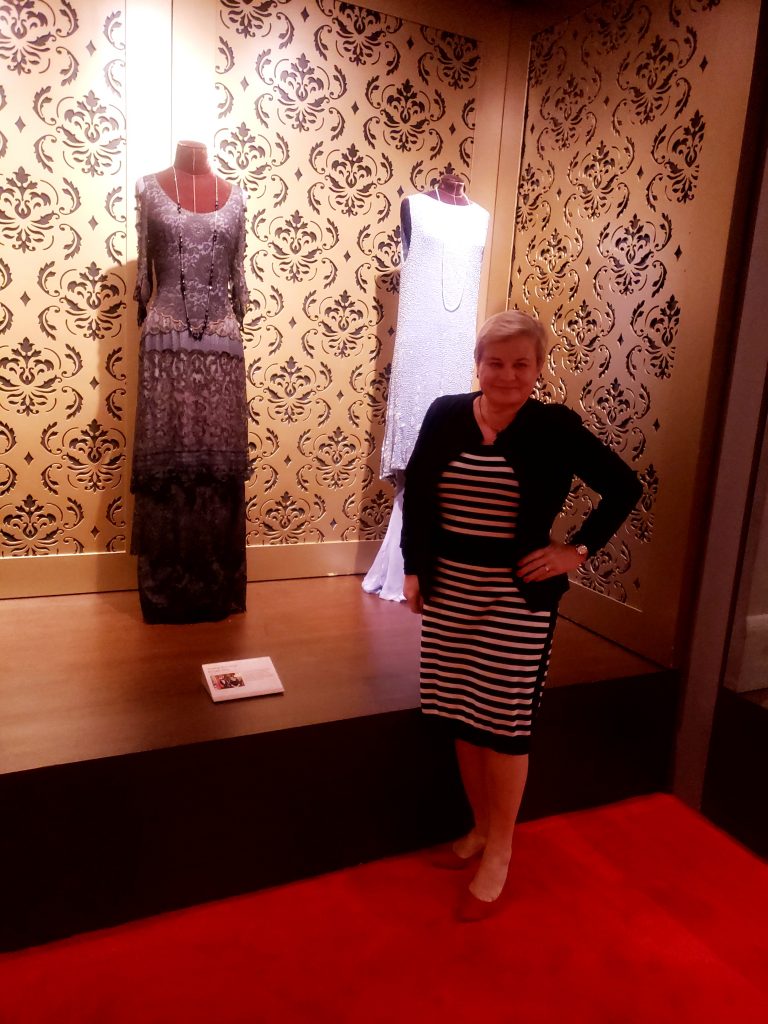 It has been nearly two years since I last returned to the land of my birth, thanks to Covid restrictions on both sides of the pond.  This is the longest period I have stayed stateside since relocating here over 12 years ago and while Georgia is definitely my home, I cannot help missing England.

I was lucky enough to get a taste of Britain last week when this newspaper sent me on a media tour of the new ‘DOWNTON ABBEY:THE EXHIBITION’ which has just opened at Perimeter Pointe in Sandy Springs, north of Atlanta.  This coincided with the opportunity to visit dear friends who live nearby and enjoy a weekend in the big city.

As almost everyone with a TV knows, the Downton Abbey series has taken both the UK and the USA by storm.  A co-produced British and American program, this award-winning lavish period drama features the lives of an aristocratic British family (complete with an American Countess whose wealth saved the family’s fortunes) and their servants from 1912 with the sinking of the Titanic through the First World War and into the 1920s.  The TV show has already been followed by one movie, and another is due to launch in the spring of 2022.  To quote NBC Universal International Studios, who have been staging the Downton Abbey exhibition around the USA since 2017, the exhibition “connects fans to their favorite characters, costumes, locations and artifacts as it transports visitors on an incredible journey through the grand home of Downton Abbey. Fans get the chance to walk through some of the series and movie’s most recognizable and beloved sets, from Mrs Patmore’s hectic kitchen and Carson’s office, to the family’s glamorous dining room.”

Did I enjoy it? Very much and not only because I had the chance to enjoy an exclusive media tour, thanks to the Bryan County News, but also because it did show visitors a lot about British society, culture and fashion at this critical time in history.  Having said that if you are not familiar with the show (is there anybody left who is NOT??!!), you might not love the exhibition as much as I did.

So, what were my highlights?

If you are a lover of Downton Abbey like I am, I suggest you visit this touring exhibition while it is in Georgia. For more information, visit www.downtonexhibition.com

I will say “toodle-oo” (old fashioned British slang for farewell), this week with an amusing dialogue from the show which reflects the differences between the wealthy of both nations at this time in history.  The Dowager Countess, played by the amazing Maggie Smith, states,  “You Americans never understand the importance of tradition” and Cora’s American mother, played by Martha Levinson, retorts, “Yes we do. We just don’t give it power over us… history and tradition took Europe into a world war. Maybe you should think about letting go of its hand.”  Ouch!

God Bless both America and England!