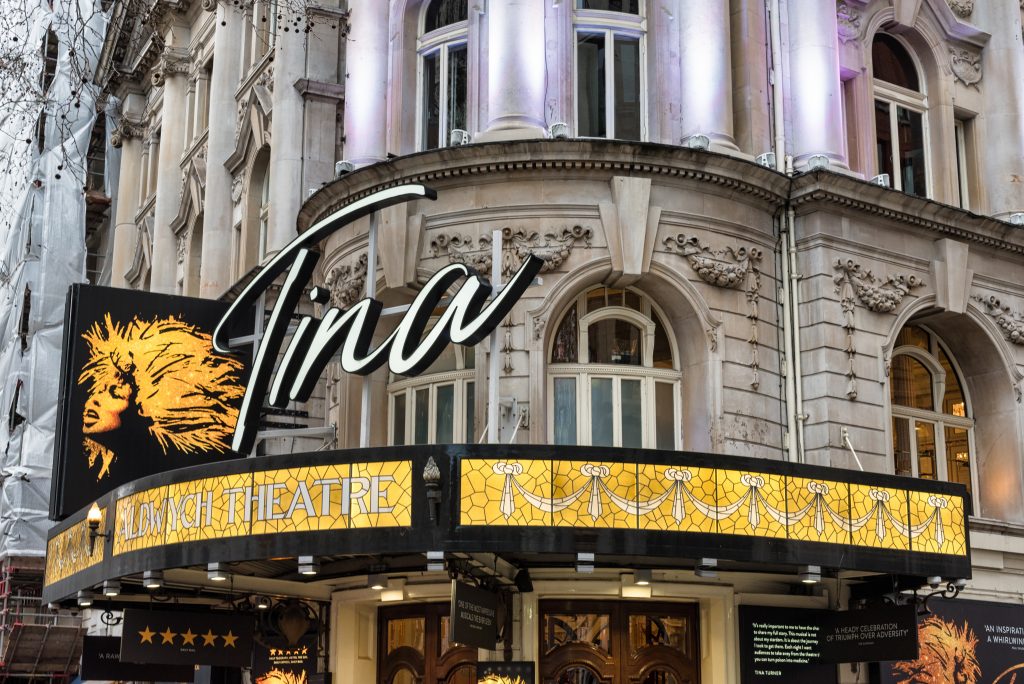 When I was in the UK last month, I got quite emotional a few times as I did things that, during the darkest days of the pandemic, seemed like they might never happen again.  Obviously, it was fantastic seeing friends and family after so long, and great to attend my cousin’s wedding with loads of hugs, kisses, and re-bonding much missed aunts, uncles, and cousins.  I also learned to once again appreciate the freedom to travel between the two countries I love.  However, one thing that really underscored the return to some type of ‘normalcy’ to me was once again going to the theatre in London’s West End, which is the British equivalent of Broadway in New York.

First, let’s clear the air on a transatlantic spelling difference.  The British spell ‘theatre’ differently than ‘theater’ in the American spelling tradition. Just to complicate matters further, in the UK ‘theatre’ can only be used to mean a place of live plays and entertainment, whereas in the US you can also have a ‘movie theater’ where films (movies) are shown. In the UK this would always be known as a ‘cinema’.

My husband and I wanted to see something uplifting in London, and we both love musicals.  So, we chose to see (or rather I chose and he capitulated) “Tina – The Musical”.  This story of Tina Turner, while not in the same league as a classic show like Les Miserables, was very enjoyable.  The music was great, and her story of triumph over both poverty and her early abusive relationship with husband Ike Turner is inspiring.  The singing and sets were first rate, and it was just so good to be back in an audience of over a thousand people in the city I grew up in and spent many years as a young woman.

I have always found music and the theatre provide me with a welcome release from day-to-day stress and life in general.  Did you know that the ancient Greeks first noticed this process and coined the phrase ‘cathartic’ when they saw the strong impact theatre and theatrical traditions had on their audiences?  The philosophers of the day noted that their art forms of tragic and comic dramas really moved audiences and alleviated their burdens of daily troubles and woes.

The history of British theater dates back to Medieval times when travelling players would perform religious mystery plays in villages and towns, portraying the lives of saints and uplifting bible stories.  Community-based religious theater stopped abruptly in 1534 when King Henry VIII broke the British church away from the Pope and Catholicism in Rome so he could divorce and remarry.  Overnight, actors had to be part of a royal or aristocratic household to perform. A little later during Queen Elizabeth I’s reign (she was Henry VIII’s daughter), royal patents or licenses were given to actors to perform commercially and many open-air public theaters were built at this time.  The Elizabethan age was very important for theatre, and this is of course when the great author and playwright, William Shakespeare, first came to prominence.

So how did London’s West End district begin? During the 17th century, the first of the 39 theaters that make up this district was built and named the ‘Theatre Royal’.  We saw ‘Tina: The Musical’ nearby at the Aldwych Theatre, a more modern theatre which opened in 1905.  London’s theatres tend to be magnificent and opulent buildings.  The Aldwych is no exception, and it spent its first years primarily hosting musical comedies. Famous 20th century actors including Laurence Olivier and Vivian Leigh starred at the Aldwych and in 1960 the prestigious Royal Shakespeare Company made the Aldwych its London base for 21 years.  Since then the Aldwych has played host to a number of musicals including Fame, Dirty Dancing, Beautiful and after a break due to the pandemic, Tina resumed last year.   There is much more information at www.BritishTheatre.com

I will leave you with a quote by the great American/Canadian film actress, Mary Pickford; “Make them laugh, make them cry….. What do people go to the theatre for? An emotional exercise. I am a servant of the people. I have never forgotten that”.