FOCUSING ON THE GOOD NEWS 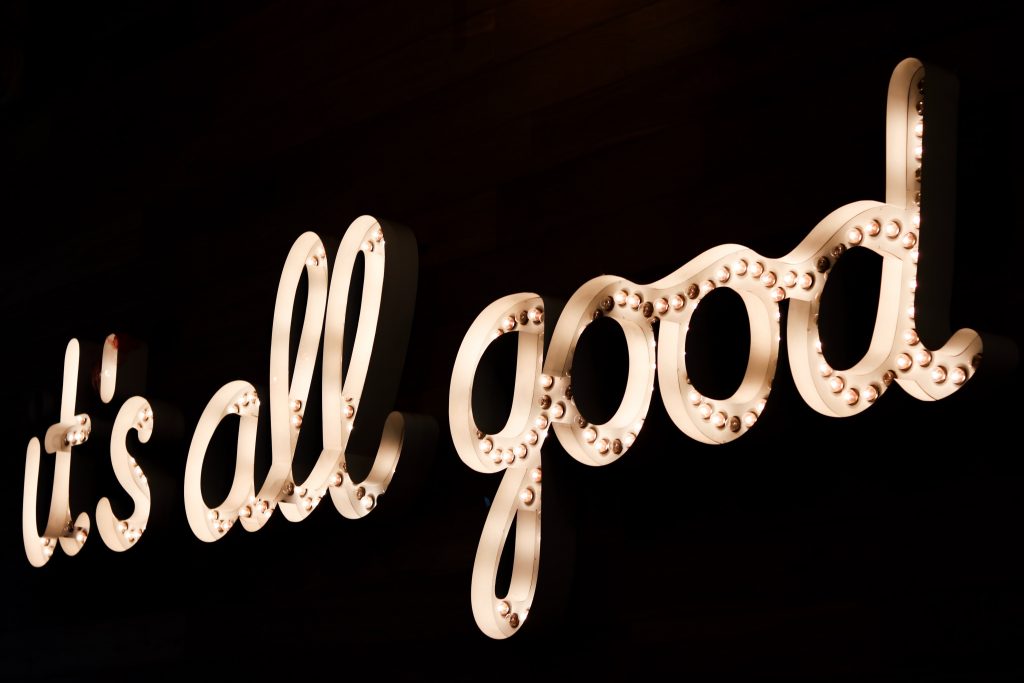 Life is stressful and we all seem to be reeling from the constant bad news about health, politics, crime and more.  I would like to step away from all the negativity we are facing these days and focus on some amazingly positive macro trends in the world for a change. Firstly, do you know how lucky we are to still have a local newspaper in print and online?  Jeff Whitten has been my editor at The Bryan County News for a number of years, and I am very appreciative of him.  I can tell you that he has one goal – to inform and entertain readers about happenings in this great community.  He does this as accurately as possible without trying to push a particular point of view.  When the newspaper does put forward their own views or those of a columnist – such as mine – it is clearly labeled as such.

Let’s focus on some other positives today.  National news and especially social media rarely places the emphasis on positives.  Divisive and pessimistic stories get more attention and, more click throughs online so because of this, there are a number of really fantastic, positive things that have been happening in the world over the past few decades that, in my view, simply do not get enough attention.  So, this week’s column is my very modest attempt to move the needle a little bit in the other, more positive, direction.

What macro trend shall we look at first?  How about worldwide poverty?  The UN defines “extreme poverty” as living on under $1.90 per day, a level unimaginable to Americans.  According to studies by The World Bank, a whopping 92% of Americans believe that extreme poverty is getting worse in the world.  However, nothing could be further from the truth.  In 1990, 29% of the world’s population lived at this extreme poverty level, but just 25 years later The World Bank reported that this number had dropped to 10%. (Visit www.data.worldbank.org for more information). The UN has a stated goal to end extreme poverty completely by 2030

Here is another great one.  Fewer pregnant women are dying.  A century ago, women had about a 1% chance of dying every time they gave birth.  UNICEF reports that globally in 1990 deaths caused by or exacerbated by childbirth had dropped to about 0.4%, and by 2017 this number had halved again to about 0.2%.  This is attributed to better sanitation, availability of antiseptic products, blood transfusions and antibiotics.  On a related note, the World Bank says that newborn deaths in 2018 were down 52% from just 28 years earlier.  This massive improvement comes mostly from very low income countries which now have better healthcare, more midwives and nurses, and much improved immunization programs.

How about deaths from famine?  Scientific publication “Our World in Data” reports that out of every 1 million people in the world, 5,470 died from famine in the 1960s.  In the 2000s, this dropped to 460, and from 2010-2016, it dropped again to just 40.  How can this be?  Reduced poverty, better agricultural yields, and improved access to healthcare.  Also, since war and oppressive governments are big reasons for famine in the modern world, global improvements in democracy and stability have helped a lot.

Let’s talk about the other C-word apart from COVID-19 – cancer.  According to the American Cancer Society “the death rate from cancer in the United States has continued to decline. From 1991 to 2018, the cancer death rate fell 31%”. This includes a 2.4% decline in 2018 alone – a record for the largest one-year drop in cancer deaths.  The Cancer Research Network says that current cancer research trials in the US have given patients an extra 3.3 million years of life.  And one more great data point on this subject from the land of my birth: a couple of years ago, The Queen Mary University in London announced a new test for cervical cancer.  In their trials, pap smear tests were only 25% accurate in detecting invasive cervical cancers.  The new test is 100% accurate – wonderful news.

The 20th century saw the average American live dramatically longer after retirement.  In 1900, research firm Statista says most people died 29 years BEFORE they even got to the prevailing retirement age.  By 2010, this was up to 15 years AFTER retirement.

Women’s voting rights?  In 1930, only 18% of the countries in the world allowed women to vote.  Today?  99%.  The only country in the world that doesn’t allow women the vote today is the Vatican City.  Let’s hope it stays this way in Afghanistan.

I could go on and on and fill this newspaper with wonderful “big picture” achievements that have happened in recent years.  So, while we all have to acknowledge these tough times and difficult things we must deal with, as well putting up with the divisions sometimes created and magnified by social media, let’s not forget a core truth – the past few decades have seen some truly historic improvements in the human condition.

Accordingly, I say goodbye this week with a quote from bright, bubbly, and ever-optimistic Mouseketeer and Beach Party fun girl from the 1960s and 70s, Annette Funicello.  “Life does not have to be perfect to be wonderful!”