HAVE A CRACKING CHRISTMAS 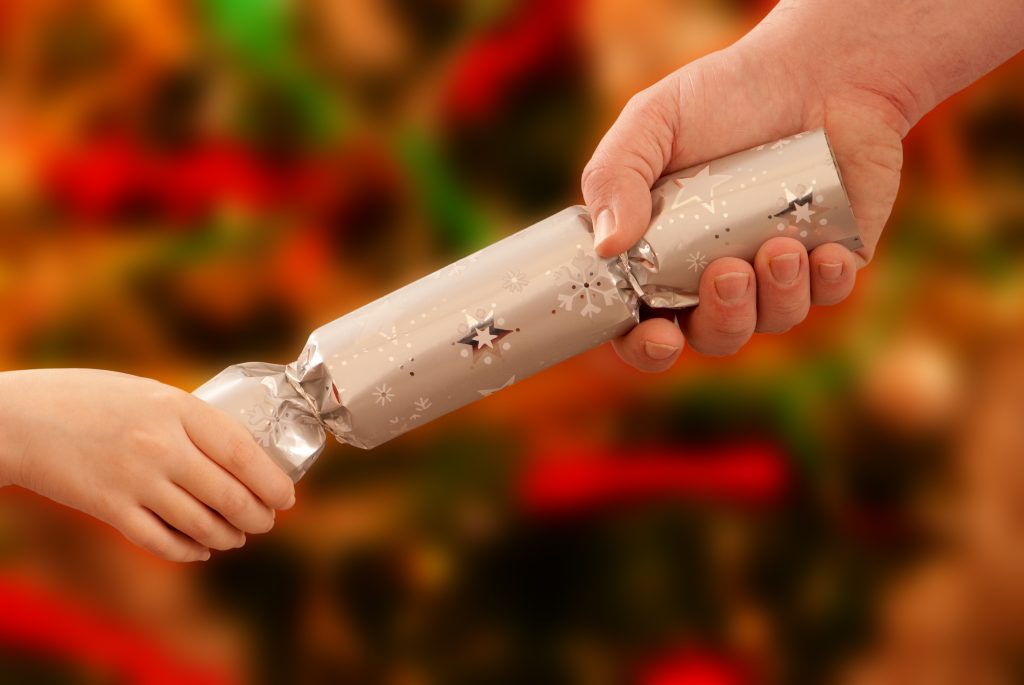 I am proud to call Coastal Georgia my home. I love living close to our family, and this time of year I always look forward to seeing our granddaughters open their gifts early on Christmas morning.  It is a privilege and a joy.  I have also learned to enjoy some very American Christmas tastes and experiences including eggnog, parades, candy canes and traditional American movies, although putting up the Christmas decorations in November (right after Thanksgiving) still seems way too early for me. But as much as I love America, it has now been over two years since I have visited the land of my birth, my longest period ever being away from England.  So this year more than ever, I am thinking about the people and traditions across the pond that I will miss during this festive season.

I have noticed that it is easier to obtain British Christmas treats here than it was when I first moved to the USA in 2009.   This has been especially important during these challenging times for travel and has enabled us to blend the best of American and British holiday traditions. One essential component of the Christmas season for any Brit is “the Christmas cracker”.  These are colorful paper tubes which contain a silly paper hat, a small gift, and a little slip of paper with a corny joke on it.  When they are opened by two people pulling them apart sort of like two people pulling on a wishbone, they “pop” with a small, cap-gun-like explosion. They must be set out on the fully decorated dining table before we begin our big Christmas day meal, along with the plates, silverware, and turkey or ham.  Anyone not wearing the paper hat or reading their joke to the group out loud is branded as grumpy or ‘not much fun’.  These cone-shaped crackers are simply a ‘must-have’ for British people to make any Christmas complete.

I must admit that most Americans politely go along with the cracker pulling tradition at our home, but they seem very underwhelmed by the whole thing.  Like many things in life, perhaps you have to grow up with Christmas crackers to really appreciate them! My family have learned to humor me over the years although usually I am the only one still wearing the silly paper crown by the time we get to dessert.  That is when I try to tempt them with another traditional English treat – the Christmas pudding, sort of a hot fruit cake with warm creamy sauce poured over it.  Truly an acquired taste, that is one for another column!

So what is the history of the Christmas cracker?  London based pastry and confectionery maker Tom Smith invented them during the reign of Queen Victoria in 1847.  This British baker was inspired by a visit to France and began making traditional French bon-bon sweets for sale back in London.  Even though he wrapped the sugared almonds in paper and displayed them attractively, they did not sell well.  One evening as he sat listening to the snaps and pops of his fireplace, he had the big idea – what if he could make the treats crackle and pop like the fire when opened? He launched his range, originally called “Bangs of Expectation”, with his bon-bon candies and a love message inside the wrappers.  He had to make the wrapper bigger to include the banger mechanism.  When his sons took over the business, they added paper crown-like hats, possibly inspired by ‘Epiphany’ or ‘three king cakes’ from Europe which are decorated with these paper crowns. Over time because the edible treats in crackers often dropped to the floor when they were pulled apart, little trinkets replaced the candy.  By the 1930s, the love messages were replaced by jokes or riddles, and it is a British tradition that they need to be not very funny and are often well known to the group as the same jokes have been appearing in crackers for many years. “What did Adam say on the day before Christmas? It’s Christmas, Eve!” and “What do you get when you cross a snowman with a vampire?  Frostbite!” and “Who is Santa’s favorite singer? Elf-is Presley”.  You get the idea. There is more information at www.historic-uk.com

I say goodbye this week with a quote from Bob Hope, who was British born but turned American and became one of the world’s leading entertainers of the 20th century. “My idea of Christmas, whether old-fashioned or modern, is very simple: loving others. Come to think of it, why do we have to wait for Christmas to do that?”

God Bless America and wishing everybody, as we say in the UK, a very ‘Happy Christmas’!