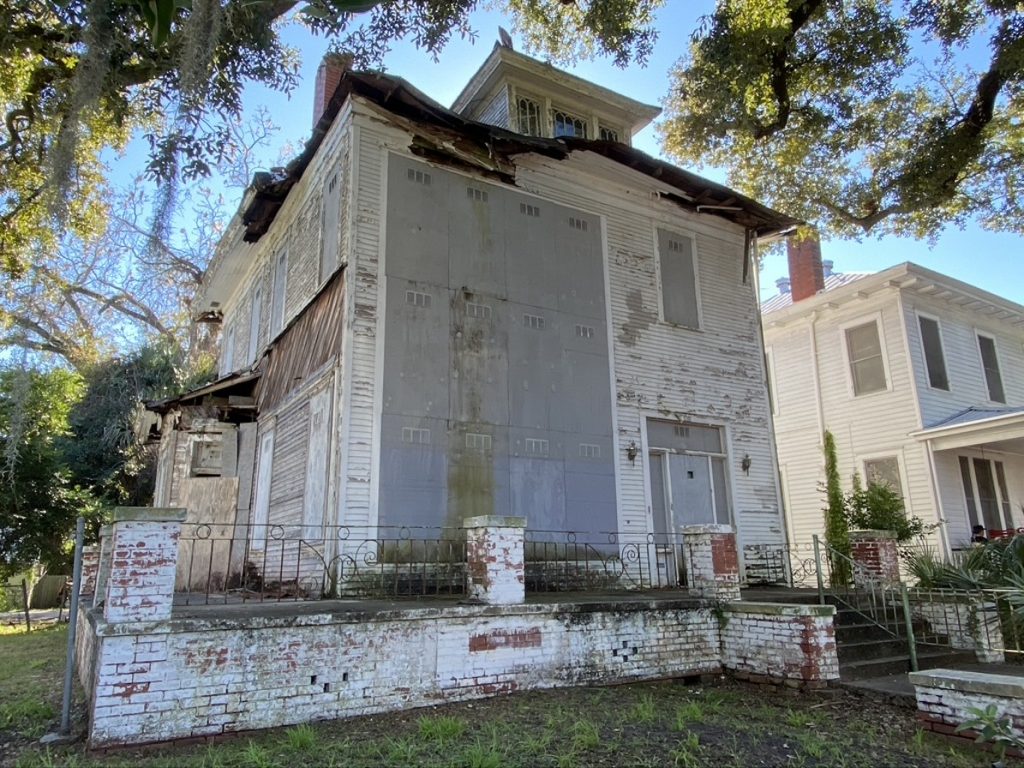 SAVANNAH, GA – April 26, 2022 – On Monday, April 25, Historic Savannah Foundation took a big step toward providing a happy ending for the Virginia Jackson Kiah House, which has been vacant for 20 years as a contested probate process kept the building’s fate in limbo. HSF is now proud to announce they’ve officially closed on the property and have assumed ownership.

The closing marked the culmination of a quiet but persistent two-year effort on HSF’s part to save the deteriorating home of Kiah, a celebrated artist, educator, and activist who died in December 2001. The nonprofit organization first secured a contract to purchase this endangered landmark in July 2020, after a year of correspondence and negotiation with the estate’s attorney. Over the past two years, HSF’s leadership has been in constant communication with the legal team handling the probate process.

Virginia Jackson Kiah was an accomplished African-American artist who moved to Savannah with her husband Calvin in the early 1950s. Segregation laws still in effect at that time prevented Kiah from enjoying the museums she had longed since childhood to visit across the Southern United States. And exhibiting her own work was certainly not an option.

Undeterred, she founded her own museum in 1959 inside her home at 505 W. 36th St. in Savannah, where she welcomed all visitors and featured artwork by a variety of artists, regardless of race. It became a popular community gathering place, drawing artists, politicians, entertainers and, of course, the general public.

HSF has not yet determined the Kiah House’s new use, but their leadership hopes to develop a plan that serves the community and honors Kiah’s memory.

“Historic Savannah Foundation is very happy to finally close on the Kiah House. For now, we are relieved to have the property under HSF’s umbrella so that we can protect it in perpetuity,” HSF President & CEO Sue Adler said.