HSF HONORS W.W. LAW WITH THE INSTALLATION OF HISTORIC MARKER AT HIS VICTORY DRIVE HOME 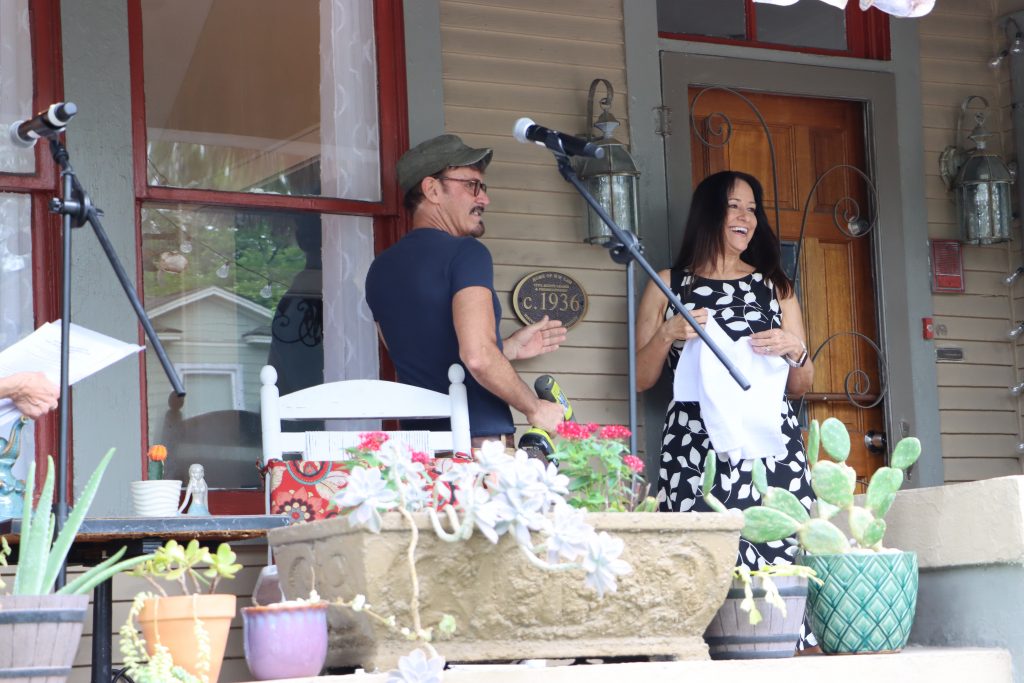 SAVANNAH, GA – August 23, 2022 – Historic Savannah Foundation (HSF) unveiled a historic marker at the home of W.W. Law at 710 W. Victory Drive in Savannah on the morning on Tuesday, August 23. Westley Wallace Law purchased the house in the 1950s as a home for himself and his mother and lived there until his death in 2002.

Historic Savannah Foundation’s Board Chair, Austin Hill unveiled the plaque with Sue Adler, President and CEO of HSF after explaining the history of this historic home.  W.W. Law, Savannah’s crusader for justice and civil rights for African Americans, had an extensive collection of documents, books, and artwork accumulated at his home over the decades, until the structure was literally sagging from the weight of the collection.  The individual who purchased the house after W.W. Law’s death did not maintain the property and in 2011, HSF got involved in saving and preserving 710 W. Victory Drive.  At the time the renovation was completed, before the current management or team members joined HSF, there was an oversight and the historic marker dedication for this building was never installed – although it was ordered and was located once HSF were alerted to this fact.

“We are thrilled to install this long overdue historic marker to honor W.W. Law’s commitment to his work in advocating for civil rights and African-American history and culture in Savannah,” Hill said. “With the support of our community, money was raised to restore his home of many years and today we are proud to stand with community partners in recognizing the man known as Savannah’s Mr. Civil Rights”

Community leaders including Vaughnette Goode-Walker – Director at the Ralph Mark Gilbert Civil Rights Museum, Chatham County Commissioner Chairman – Chester Ellis and Mayor Van Johnson  joined HSF for this auspicious occasion.  The current owner of this property, Troy Williams was in attendance and memories of W.W. Law were shared by Mills Morrison, whose family were longtime friends of the Law family.

W.W. Law served as president of the Savannah chapter of the National Association for the Advancement of Colored People (NAACP) from 1950 to 1976 and after his retirement, he turned his attention to the preservation of African American history and historic buildings. He established the Savannah-Yamacraw Branch of the Association for the Study of Afro-American Life and History (ASALH). As president of ASALH, he established the Ralph Mark Gilbert Civil Rights Museum, Negro Heritage Trail Tour, King-Tisdell Cottage Museum, and the Beach Institute of African American Culture. Law received honorary doctorates from Savannah College of Art and Design (1997) and Savannah State University (2000), the Distinguished Georgian Award (1998) from the Center for the Study of Georgia History at Augusta State University, the National Trust for Historic Preservation’s National Preservation Award (2001), and the Governor’s Award in the Humanities (1992).

Gregori Anderson, head of HSF’s building committee and the board parliamentarian, closed the event  and acknowledged the significance of this recognition for Savannah’s own civil rights leader.  “HSF takes our responsibility in honoring the memory of W.W. Law very seriously.  We hold a Conservation and Preservation Easement on this property and work closely with owners like Troy Williams to preserve important historic buildings throughout Savannah”.