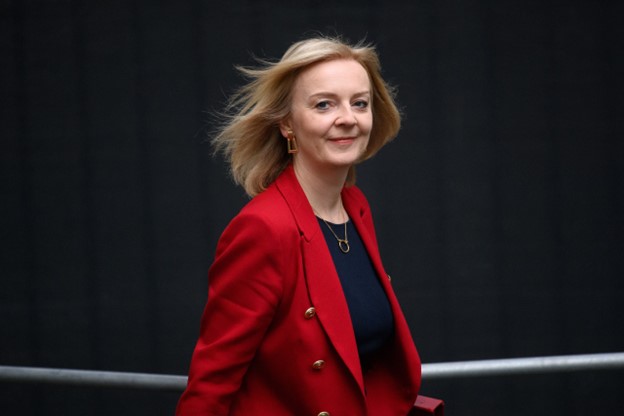 Back in the land of my birth there is an old expression about noticing that you’re getting old when police officers start to look younger.  This resonated with me recently as I realized that the UK’s new Prime Minister is almost a decade younger than me!  Of course, here in the USA I don’t have those kind of worries since our President will be 80 years old this November.

I admit to being rather pleased when, for the third time in history, a woman became Prime Minister in the UK, having won the recent leadership contest to become Leader of the Conservative Party.  Liz Truss follows in the footsteps of Margaret Thatcher who was Prime Minister from 1979-1990 and Theresa May from 2016-2019. In the UK there is no general election among citizens to decide who the next Prime Minister will be, as we do here to elect the President of the USA.  That is because the UK has a parliamentary democracy – a form of government in which the party (or a coalition of parties) with the largest representation in the parliament (similar to the House of Representatives) forms the government, with that party’s leader becoming Prime Minister.  So, in simplistic terms, the Members of Parliament (MPs) decide among themselves who will lead them.   If the electorate doesn’t like the Prime Minister, they simply vote that party out at the next general election.

Liz Truss, at the age of 47, replaced Boris Johnson as the UK’s leader of the Conservative party (which is closest to the Republican party here).  It is fitting that another inspirational female leader, Queen Elizabeth II, did her duty until the end by formally inviting the incoming Prime Minister to form a new Government just two days before she passed away.  This ceremony and tradition were so important to the late Queen that Liz Truss flew to the royal residence of Balmoral in Scotland as the Queen was not well enough to travel back to London, the traditional meeting place. Here is an amazing reminder of the Queen’s long reign: Liz Truss, her fifteenth Prime Minister, was born in 1975 and her first Prime Minister, Winston Churchill, was born over 100 years earlier in 1874!  It was also very poignant that one of Ms Truss’ first duties as Prime Minister was, on September 19, to represent the British government by reading a bible passage at the Queen’s funeral in Westminster Abbey.

So what is the story behind the UK’s new ‘Prime Minister, First Lord of Treasury, Minister for the Civil Service, and Minister for the Union’?  Mary Elizabeth Truss was born in Oxford in the South of England, raised in Scotland and then later Yorkshire in the North of England.  Her mother was a nurse and teacher and her father a Professor of Mathematics.   She attended the local comprehensive schools (what Americans call public schools), studied in Canada for a year and then went to England’s top-tier Oxford University.  She started her career as an economist and accountant and then joined the Conservative party.  She met her husband, Hugh O’Leary, in 1997 and they married in 2000.  They have two teenage daughters.

Her political life began when she was elected as a local councilor in London’s Greenwich in 2006, and then elected as an MP (a “Member of Parliament, which is the UK equivalent of a member of the US House of Representatives) for Southwest Norfolk in 2010. She was one of the first MPs of her “intake year” to enter Government just two years later and rose rapidly up the ranks, serving as Foreign Secretary before her election as Prime Minister.  She is a huge fan of the USA and is committed to cutting taxes, enforcing law and order and cracking down on illegal immigration.  She was very much elected on her own merits, achievements, and policies, and not because of the fact she is female.  As the third female Prime Minister, I think I can safely say the UK has largely moved on from gender-based politics.

Liz Truss faces some pretty tough challenges entering office since Britain’s economy is stagnant, inflation is over 10% and the price of energy is predicted to rise by a massive 80% from a year ago.  The new Prime Minister is committed to cut energy prices and has already made controversial decisions to cut income taxes and property taxes for both citizens and businesses.  She believes that by cutting taxes, her government is “incentivizing businesses to invest and also helping ordinary people….”.  After an interview with the UK’s Guardian newspaper, they reported that “The prime minister embraced a Reagan-style ‘trickle-down’ approach to the economy throughout the Conservative leadership contest, arguing it was wrong to view all economic policy through the ‘lens of redistribution’”.  There is more information at www.elizabethtruss.com and www.bbc.com

I say goodbye this week with a quote from the new Prime Minister herself: “Britain and the US remain the Wild West for ideas, where pioneers push each other towards ever greater heights in the white heat of free enterprise. No one knows their place, no one fears failure and no one is ashamed of success!”