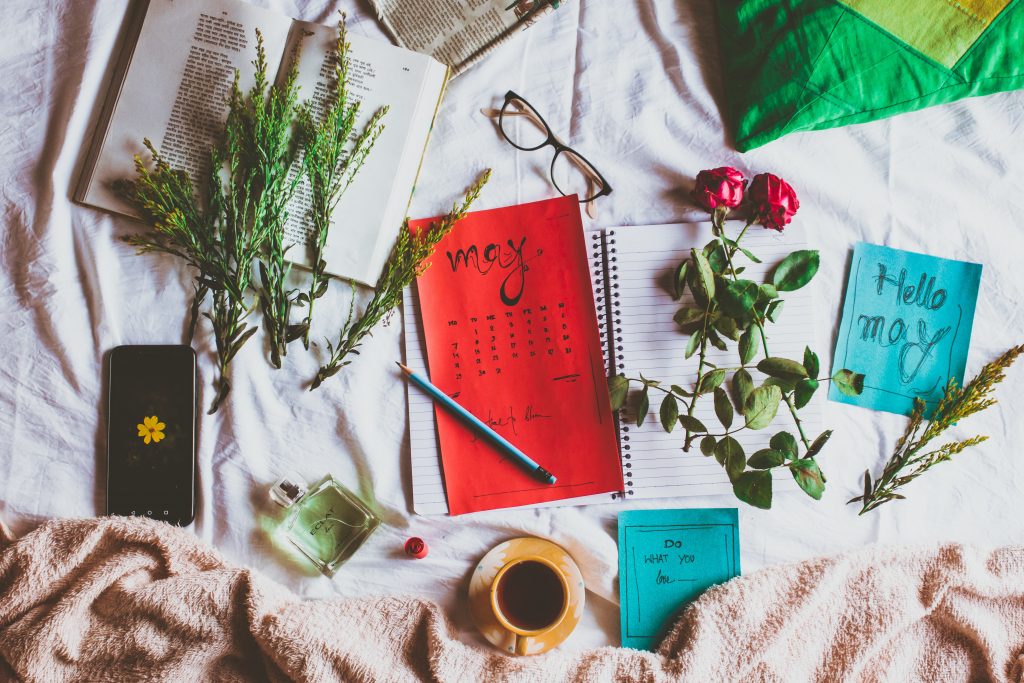 May is my favorite month of the year as it heralds in summer days by the pool, long evenings, and our traditional Memorial Day trip with family.  It is also my birthday month and although I have been celebrating the anniversary of my 39th year for well over a decade now, this past year has brought into perspective how fortunate I am to be alive and healthy.  May also marks the anniversary of my move to the USA – a happy event twelve years ago.

The month of May is named for the Greek goddess Maia, who oversaw the growth of plants and is also from the Latin word maiores, or “ancestors” or “forefathers”, who were celebrated during this month. Maia was also considered a nurturer and an earth goddess and is also associated with fertility.  May’s birth flower is the Lily of the Valley, and I am fortunate that my birthstone is the emerald which is not only beautiful but also represents love or success.

May is a month in demand as there are literally dozens of organizations and movements which have planted their flag for a day, week, or month of recognition.  Many of these are good causes, such as National Stroke Awareness Month, Skin Cancer Awareness Month, and National Small Business Week.  But some are about fun, sun and frivolity.

The Kentucky Derby runs on the first Saturday in May, and on May 4th we also have Star Wars Day; May the Fourth be with you is the catchphrase of this unofficial holiday celebrating the famous movie franchise (get it?).  Then of course comes Cinco de Mayo, the anniversary of the Battle of Puebla, when Mexico defeated the French forces of Napoleon III in 1862.  This is celebrated more by Hispanic people in the USA than by Mexicans who tend to have bigger celebrations on Mexican Independence Day on September 16.  Cinco de Mayo has become a celebration of the Mexican cultural heritage with lots of dancing and music, and plenty of food and drink.  Many Americans with no direct links to Mexico join in with plenty of tacos and tequila!  National Pizza Day comes later in May, as does National Naked Gardening Day, which was established by the editor of Nude & Natural Magazine and his friend who was a permaculturalist (a gardener who focuses on natural ecosystems).

May 9th this year is of course Mother’s Day in the USA and many parts of the world. Before emigrating to Georgia, I did not realize that this annual event originated in American Mothers’ Day Work Clubs which were a feminist response to the carnage of the Civil War.  Out of these grew a campaign, led by West Virginia activist Anna Jarvis, for a national holiday to celebrate the lives of all mothers.  Anna Jarvis swore at her mother’s graveside in 1905 to dedicate her life to establishing a nationally recognized day to honor mothers living and dead.  West Virginia became the first state to adopt an official Mother’s Day in 1912, and two years later the day was fixed as the second Sunday of May and enshrined in law across the United States.  In the United Kingdom, Mother’s Day is traditionally known as Mothering Sunday and celebrated earlier in the year during the fourth Sunday in Lent.

Later this month I am looking forward to May 14 which is both national Buttermilk Biscuit Day and Dance Like a Chicken Day.  On a more serious note, May 15th is National Armed Forces Day and May 22nd is National Maritime Day.  As we move into Summer, national sunscreen day on May 28 is a timely reminder to enjoy the season but avoid getting burned.  There is much more information at www.almanac.com and www.history.com

I say goodbye this week with a quote from early 20th century American lawyer, naturalist and author Samuel Scoville –  “At last came the golden month of the wild folk—honey-sweet May, when the birds come back, and the flowers come out, and the air is full of the sunrise scents and songs of the dawning year.”

God Bless America and enjoy May!