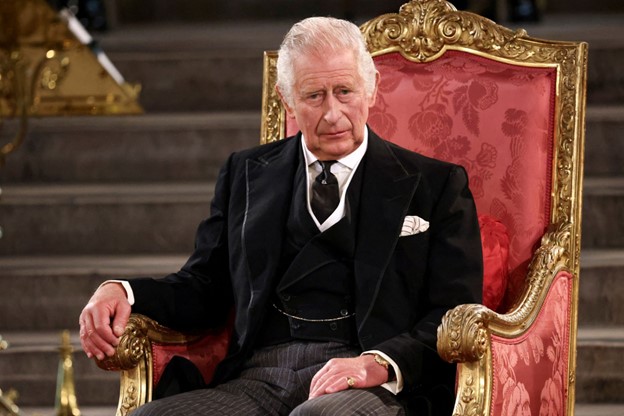 Upon the death of the longest-reigning monarch in British history on September 8, 2022, Charles who was the Prince of Wales and the heir to the throne, became King Charles III. He is the first king to be called Charles since the seventeenth century, and to say that King Charles I and II had mixed success is a real understatement. In fact, this might be the reason that it took a few centuries until the name was once again given to the heir to the throne by the late Queen Elizabeth II and her husband, Prince Philip.

Looking back at English royal history, Charles I ascended to the throne in 1625 and slowly but surely alienated his subjects.  In the first year of his reign, Charles offended his Protestant subjects by marrying Henrietta Maria, a Catholic French princess. He later responded to political opposition to his rule by dissolving Parliament on several occasions and in 1629 decided to rule entirely without Parliament. In 1642, the bitter struggle between King and Parliament for supremacy led to the outbreak of the first English civil war. The Parliamentarians, led by Oliver Cromwell, fought the Royalists in many bloody battles.  By 1648, King Charles I surrendered, was convicted of treason and then beheaded early the next year.    Many Americans do not know that the English monarchy was abolished and for a period of about ten years, there was a Republic known as the English Commonwealth.

However, the English people soon became sick of the restrictions Cromwell placed on them. He banned all celebrations, feasting, football, the theatre, dancing, and finally Christmas festivities.    People were instructed to wear very plain clothes, with women in particular required to wear modest dresses, linen caps or black hoods.  Make up was outlawed. Many people hated this ‘no fun’ regime especially after Oliver Cromwell died in 1658 when his son Richard took over.  Richard’s rule did not last long, and by the following year he had fled to France and the monarchy was restored. Oliver Cromwell was posthumously convicted of treason, and his body was disinterred from its tomb in Westminster Abbey and hanged from the gallows in London.  King Charles II, the son of Charles I, returned to London on his 30th birthday and was crowned in in 1660. He quickly restored all the fun activities that had been banned under Cromwell and personally indulged in plenty of earthly pleasures.  He reigned for 25 years but his wife, the Portuguese Catherine of Braganza was unable to bear him children and suffered many miscarriages.  However, the King had an extensive number of mistresses and left at least 14 illegitimate children.

Turning back to the present day, the coronation of King Charles III will take place on May 6, 2023 at Westminster Abbey in London.  Charles and his wife, Camilla, the Queen Consort, will be crowned in the traditional ceremony, which the palace said “will reflect the monarch’s role today and look towards the future.”  At 73 years of age, King Charles III has had 70 years to prepare for his new role and the general consensus seems to be that his is doing OK so far.  Things are already changing, from the symbolic phasing out of the image of Queen Elizabeth II from currency, stamps, post (mail) boxes to the change of the national anthem from God Save the Queen to God Save the King.  Most royal watchers agree that the new King will ‘slim down’ the monarchy.

King Charles is expected to continue to ostracize his brother Prince Andrew and give greater recognition to his other two siblings, Princess Anne and Prince Edward.   Of course, his eldest son William has become the new heir to the throne and Prince of Wales with his wife Catherine becoming the Princess of Wales, just as William’s mother Diana was before her tragic death.

As for his youngest son, the King has publicly declared his love for Harry and Meghan as they continue to build their lives in the USA, but clearly there are tensions there.  How long this civility will last remains to be seen as Prince Harry has already sparked widespread debate over his choice to name his upcoming memoir ‘Spare’ – a reference to the British saying that a monarch’s key duty is to secure the future of the monarchy by producing “an heir and a spare.” It is reported that the King is concerned about the tone, conflicting memories, and revelations in this book which will be launched in January 2023.  But that is for a future column.

There is more information at www.history.com and www.bbc.com

I say goodbye this week with an insightful quote from King Charles III himself.  “As human beings, we suffer from an innate tendency to judge people too quickly and to pronounce them failures or heroes without due consideration”

God Bless America and God Save The King!