KNITTING THROUGH A CRISIS 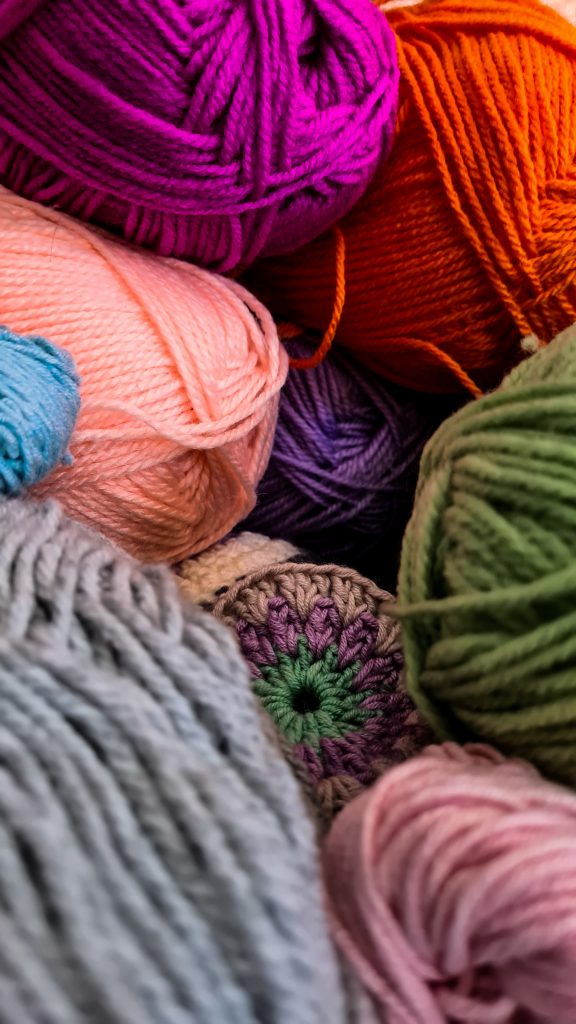 As the UK will be more or less in lockdown until at least April 12, I have been hearing from my family and friends across the pond about how they have been passing the time, especially since the British climate has been keeping people indoors.  There are lots of ‘lockdown cliches’ which we have also experienced in the USA ranging from zoom parties, bread baking, bingeing on Netflix and social media, family board games and a new or rekindled interest in arts and crafts.  For example, knitting has seen a resurgence in popularity as a productive way to use some extra time available when normal activities are curtailed.

When I think of knitting or crocheting, I think of my maternal grandmother – who was a rather tough character – but she did make a point of crocheting a blanket for each of her grandchildren who made it to university.  I still have mine.  She tried to teach me how to knit and I just about grasped the basics, but I always preferred to have my head in a book or try out a new recipe in the kitchen.

The dictionary defines knitting as “the act of forming a fabric by looping a continuous yarn” and its history is rather fascinating.  It is believed that ancient Egyptians were experts in this craft.  People in the Middle East brought this skill along the trade routes to Europe and there is evidence of knitted items in Spain from the 13th century – when Spain was dominated by Arabian cultures. Knitting was only available to the wealthy since it used expensive silks and cottons.  Inexpensive wool became popular later.

From the mid-15th century affluent people in England and continental Europe began to wear knitted silk stockings, including the men who wore fashionable “doublet and hose” – short pants with stockings underneath.  Apparently, England’s Queen in the late 1500’s, Elizabeth the 1st, was a great fan of knitted silk stockings and pairs believed to belong to her are still in existence.

Around this time people began to use affordable wool to knit for themselves and with the introduction of the more elaborate purl stitch (as in “knit one purl two”) knitting became a popular practical skill with both men and women making knitted hats and more.  Sailors and fishermen took to knitting and began making warm, weather-proof sweaters for wearing on the chilly seas.

By the late 1800s, the middle and some upper classes adopted knitting as a suitable ladylike activity.  The First World War from 1914-18 saw a renewed interest in knitting as people were encouraged to knit and send socks, scarves, hats, and gloves to soldiers in the trenches of France.  During the depression years of the 1930s – when my grandmother was a girl and young woman – knitting was essential as women could buy inexpensive wool or unpick old sweaters as an economical way to clothe the family.  The Second World War again saw knitting for soldiers, then in the 1950s and 1960s, when a greater choice of colors and yarns became available, women were often taught to knit in school so they could knit for their families when they became wives and mothers.

So how did knitting become such a female dominated activity?  In her book, “The Power of Knitting”, Loretta Napoleoni claims that knitting is “an essential tool for the survival of our species, a means for women to influence history and a soothing activity to calm us”.  Knitting has also had an amazing role in the history of secret wartime communications!

Did you know that during times of war, knitting has been used to pass secret codes through the encryption within different stitches?  Knit stitches are flat while purl stitches are horizontal bumps so by alternating these two stiches knitters could send encrypted messages of Morse code within a sweater or scarf.

During World War 1, Belgian intelligence agents asked elderly women who lived near railway stations to monitor the Germans train movements and knit the information into scarfs that could be passed along.  After all, old women looked too innocent to be spies.  Women were even more important during the Second World War as knitting was a way for female spies to encrypt and pass along military secrets while hiding in plain sight – the perfect cover.   If caught these brave women were usually executed.  During WWII, both the United States and the U.K. banned the printing and posting of written knitting patterns, as their repetitive abbreviations could easily be ciphered into codes, but they could hardly ban knitting itself.

Across the Atlantic throughout the early days of this country, and throughout much of the 19th century, women’s approach to knitting and other needle arts underscored existing class and racial divisions. Middle-class and wealthy white women were free to take up needlework selectively, and for either leisurely or political causes, while lower-income or marginalized women turned to it for income and survival. Sewing and knitting circles, became a place for educated women to exchange ideas and talk about political issues and campaigns including the abolition of slavery, temperance, and votes for women.

There is more information at www.knitlikegranny.com and www.history.com

I will leave you with a quote about knitting which amused me although its source is unknown: “I like making a piece of string into something I can wear.”