NO MORE PARADISE BY THE DASHBOARD LIGHT 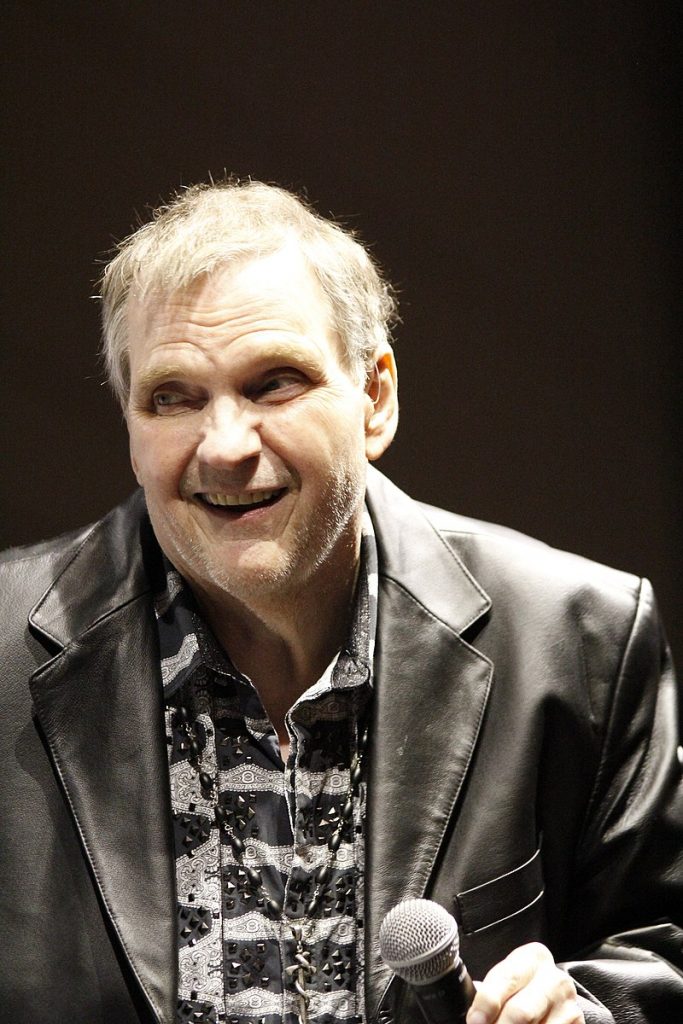 As we get older, the deaths of celebrities we grew up with unfortunately become more frequent. Last week’s sad news about the passing of singer Marvin Lee Aday, known as the iconic Meat Loaf, was another reminder of the passage of time.

I have always been enthralled by most things American, even years before I met my American husband in London. I clearly recall the first time I heard Meat Loaf’s voice on ‘Radio One’, a very popular British BBC radio station targeting teenagers. What a voice! This larger-than-life singer hit the British charts in the late 1970s and early 1980s, when I was an impressionable teenager. There was a small group of us at my very proper English all-girls high school who confessed to adoring the powerful vocals of this motorcycle riding, long-haired, 250-plus pound bad boy American rock star, but I think more of my classmates secretly agreed!

Born in Dallas to a gospel singing mother and a police officer father in 1947, this future star lost his mom when he was still a teenager. His mother had divorced his alcoholic father some years before and raised her son alone. He acquired the nickname Meat Loaf at a young age, some say because of his hefty size, and others say because of his love for this recipe cooked by his mother. Whatever the reason, the name stuck. He moved to California at the age of twenty to pursue his musical career and was soon fronting the band Meat Loaf Soul. He alternated between music and acting, and in 1970 he moved to New York to appear in Broadway musicals. He made his film debut in 1975 with thememorable role of Eddie in the cult film classic “Rocky Horror Picture Show”.

Two years later he kicked off his musical partnership with lyricist Jim Steinman, and “Bat Out of Hell” hit the world by storm. It became one of the top-selling albums of all time, with worldwide sales of more than 40 million copies, but it had a slow start and mixed reviews. Meat Loaf was so little known at first that he began his “Bat Out of Hell” tour in Chicago as the opening act for Cheap Trick, then one of the world’s hottest groups. Touring and promoting “Bat Out of Hell” took a toll on Meat Loaf’s voice and left him unable to sing for two years, but after months of rehabilitation, he was able to get back in the studio and record his next album “Dead Ringer”.

Meat Loaf’s popularity waned during the 1980s in the USA, but he continued to have major chart successes in Europe and Australia – which is when I first fell in love with his music back in England. In fact,”Dead Ringer for Love”, a duet with Cher, was a top five single in the UKbut barely made the top 50 in the US. When Meat Loaf and Steinman got back together in 1993, they released the powerful “Bat Out Of Hell II” which went to the top of the charts in the US, UK, and 26 other countries. There is lots more information at www.imdb.com

Meat Loaf had suffered many health issues starting back in the 1970s, and over the years he had been very open about his struggles with alcohol abuse and mental health issues. I was living in London and remember the media frenzy when he collapsed on stage during his British tour in 2003 and needed surgery before he could head home to the USA. There has been much speculation recently about if he was suffering from Covid-19 but, in any event, I think we all agree that his death at the age of 74 is a sad loss for millions of fans.

My family and friends have been debating this week about our favorite Meat Loaf songs. Most Americans, including my husband and some colleagues at the office, clearly prefer “Paradise By the Dashboard Light”. While I can see that it is very amusing, and also a small opera crammed into an 8-minute song, I just didn’t “get it” back when it came out. In England, I had never seen baseball or heard the game commentary on radio. I certainly didn’t know what second base was – either in baseball or when used by young people experimenting with romance. Personally, “Two Out of Three Ain’t Bad” is my favorite, closely followed by “You Took The Words Right Out of My Mouth”. On the other hand, the radio always gets turned up in our cars when “Bat out of Hell” comes on. It is hard to believe that he has gone.

I will leave you with a quote from the star himself: “Rock n’ Roll came from the slaves singing gospel in the fields. Their lives were hell and they used music to lift out of it, to take them away. That’s what rock n’ roll should do – take you to a better place.”

Lesley grew up in London, England and made Georgia her home in 2009. She can be contacted at lesley@francis.com or via her PR and marketing agency at www.lesleyfrancispr.com