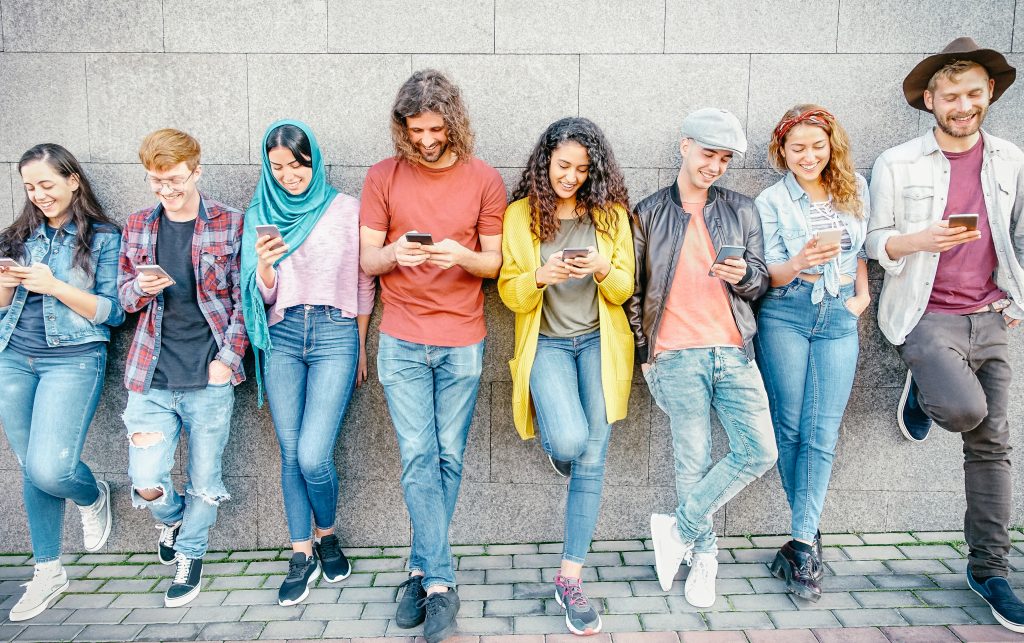 A few weeks ago, I was having lunch with my editor at this newspaper.  As always, our conversations were pretty wide-ranging, and we somehow wound up discussing the challenges and realities of being a more mature part of the workforce, and how we relate to the younger generations who work with us.  In some ways this is a shocking concept to me since it seems like only yesterday that I was a bright young thing carving out my career in London.  It is sobering to realize that my first job in a big London agency was 35 years ago!

I was born in May 1966, so I am solidly and proudly Generation X, and I get very irritated if a younger person cuts across me with “OK, Boomer!”  You probably know that this is a dismissive comment sometimes used by Millennials and Generation Z to reject the attitudes of the older generations who they often perceive as not even trying to understand what they think.

Since there is some debate on where one generation ends and another begins, I turned to the Pew Research Center www.pewresearch.org for a definitive answer.  “Generations provide the opportunity to look at Americans both by their place in the life cycle – whether a young adult, a middle-aged parent or a retiree – and by (being) born at a similar time”.  Pew Research defines these generations:

This generation is followed by the up and coming Generation Alpha – my grandchildren whose parents are, of course, Millennials.

Lots has been written about Baby Boomers, who are often described by  commentators as confident, independent, principled, focused, self-reliant, stubborn and strong-willed.  The Boomer I know best, my husband, definitely checks all those boxes.

So, let’s talk about my own generation. Gen X is generally described as the “middle child” of generations – caught between the larger groups of Boomers and Millenials. We are very independent since we were the first generation in which both parents worked outside of the home in large numbers, or in many cases raised in single-parent households.  Remember, our parents’ generation really normalized the idea of divorce!  The phrase “latch-key kids” entered the language while we were growing up since many of us would come home from school to an empty house.

We were raised during the transition to the digital age, so while we did adapt to new technologies, it does not come as naturally to us as later generations.  After all, we grew up in the pre-digital world – went to the library instead of the internet, used public pay phones to call a place on a landline rather than a person on a cell, read paper maps, and sent faxes!

Gen X grew up during significant events that shaped our world today including the Cold War, the Challenger disaster, Chernobyl, and the Berlin Wall coming down.  Many of us are resilient, self-reliant and flexible – because we had to be – and we try hard but don’t expect to win every time.  We also wonder why some other generations aren’t more open minded, since as a group we place a high value on tolerance.

Interestingly, Gen X is known for being very entrepreneurial, and we generally do tend to have a rather rigid work ethic.  Many of us came of age when President Reagan and Margaret Thatcher were in office, when taking a lunch hour was for wimps, and we aspired to put on our power suits and stride into our careers!

Millennials, on the other hand, tend to be more socially conscious, technologically advanced, and expect wide access to information. They are not only comfortable with their smart phones but integrate them seamlessly into every aspect of their lives.   They want a lot more flexibility in their working environments and expect a lot of feedback, career development and understanding from their employers.  Millennials are not afraid to question and voice their opinions as they were raised to express their views and have them taken seriously.   Because of this, I believe they are great at out of the box thinking and problem-solving skills.

Most of the people in my agency are Millennials, although I do have a Boomer and a Zoomer in the mix.  I also sometimes rely heavily on the micro-generation of “Xennials” who were born between 1977-83 to translate for me!  This group grew up in a pre-digital world but adapted early on to fast-moving technologies.

So finally, my editor and I agreed that despite these generational nuances, Americans of all ages have a lot more in common than not. Yes, there are differences but there is much more in the way of long term shared values, beliefs, ideals and reasons to respect each other.  On that note, I leave you with a traditional and thought provoking Chinese proverb: “Each generation will reap what the former generation has sown.”