POLITICAL LEADERS – NOW AND THEN 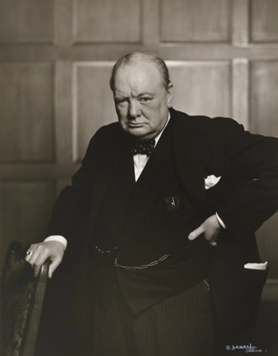 With the mid-term elections fast approaching, everyone here in the USA is focused on our political leadership.  Meanwhile, back in the land of my birth, the UK’s Prime Minister, Liz Truss, resigned after only 45 days in office. During her short time as the country’s political leader, she served under two monarchs, appointed two different Chancellors and two Home Secretaries, and attended the UN general assembly in New York.   Her big mistake was to quickly introduce a very aggressive budget, cutting taxes and increasing borrowing against a background of inflation at a 40-year high and rising recession risks.  The markets reacted dramatically, and the British pound fell to its lowest ever level against the American dollar.  It was a big gamble at the wrong moment and led to her swift downfall with a new Prime Minister soon appointed.  Rishi Sunak, former Treasury chief, was asked by King Charles III to form a government, as is the British tradition.  He will be the third Prime Minister this year, the first British leader of color and needs to stabilize the UK after a time of economic and political turbulence.

While this was going on, I happened to be thinking about British leadership during the dark days of World War II.  I have long been a fan of the author Erik Larson and a friend recently lent me a copy of his 2020 book, ‘The Splendid and the Vile’.   Larson was inspired to write this when he moved to Manhattan a few years ago and realized how different the experience of 9/11 had been for New Yorkers than for those of us who watched the news reports from afar.  This made him consider anew how different WWII must have been for the British than for most Americans.

My grandparents fought in the Second World War, and I was raised on reports of when Britain stood alone against Hitler and the rise of Nazism before the USA joined the war in December 1941 after the bombing of Pearl Harbor.  This was two years and three months after England declared war on Germany and eighteen months after France surrendered to the Nazis.  It was a long and hard war for the British and Larson’s book focuses on Churchill’s first year as Prime Minister from May 1940 to May 1941.   Churchill is revered in the UK as a brilliant and brave wartime leader. Most Brits, like me, believe it is unlikely the British would have held out against the Nazis without Churchill and his leadership.   The decisions he made were crucial and, combined with his talent for inspiring and patriotic speeches broadcast by radio across the country, made all the difference to world history.

The challenges Great Britain faced under Churchill were intense and the courage and stoicism he inspired were remarkable.  Soon after becoming Prime Minister, the Dunkirk evacuation of the British and Allied troops from this French seaport saved vital numbers of soldiers to fight another day.  Many patriotic individuals took their small fishing boats across the English Channel to Dunkirk to join the Royal Navy vessels to rescue as many troops as they could fit onto their boats.  Only a few weeks later, the Nazis occupied the British Channel Islands, located between England and France.

Later that summer, Hitler announced ‘Operation Sea Lion’ to invade Great Britain. First, he ordered the German air force, the Luftwaffe, to establish dominance of the sky but he underestimated the Royal Air Force.  Churchill had foreseen the importance of building up military airplanes and training pilots as well as developing an excellent early warning radar system. Having said that, the bravery of the young men who fought the might of the German pilots saved the day. Larson makes the point that they knew that the future of democracy depended on them, and they literally fought for and with their lives.  Churchill summed it up with his memorable speech, “Never was so much owed by so many to so few”.  Then came the Blitz – the wholesale bombing of London and other major cities throughout the country by the Nazis.  By that time, Hitler had decided to invade Russia in the east and put his invasion of Britain on hold.

During this terrible year, Churchill was repeatedly in touch with President Roosevelt who was not unsympathetic to Britain’s situation. However, at that time and after the losses of so many American soldiers in World War I, most US citizens wanted to remain neutral.  That changed, of course, after the attack on December 7, 1941, and the rest as they say, is history.

Larson is a brilliant author who makes history read like fiction and his research is extensive.  He has a real talent for combining personal details and the political landscape to paint a full picture of what it must have been like for Churchill and that generation before me who lived through those dark days.  I highly recommend Larson’s book, and there is more information at www.history.com and www.bbc.com

I say goodbye this week with a wise quote from Winston Churchill, in 1940 at the funeral for Neville Chamberlain, his predecessor as Prime Minister: “It is not given to human beings – happily for them, for otherwise life would be intolerable – to foresee or to predict to any large extent the unfolding course of events.”