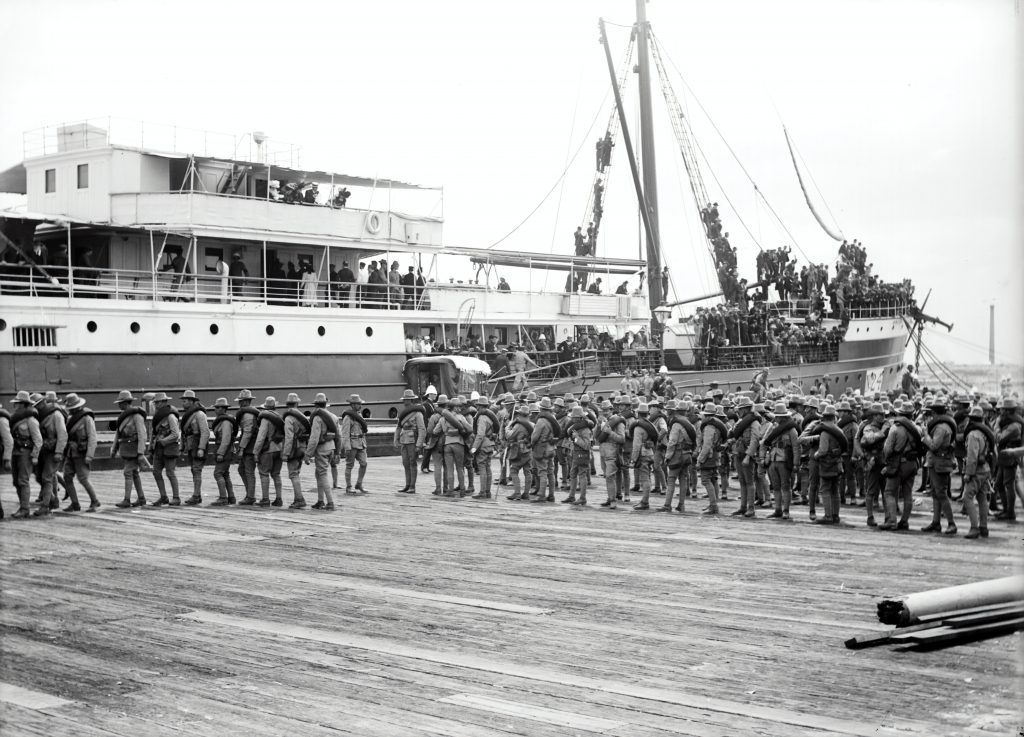 I always strive to combine the best stereotypical character traits of both nations I love and of which I am a proud citizen.  Americans ‘rise to the occasion’ and ‘get it done!’. The British are known for their stoical nature, for having a ‘stiff upper lip’ and ‘staying calm and carrying on’.  These traits have been and continue to be much needed by us all during the challenging days of the pandemic.

Last week, the land of my birth bid farewell to a very British hero who died at the age of 100 years from COVID-19. Tom Moore was born April 30, 1920, in Yorkshire in the north of England to a hard-working family.  He served in the Far East, fighting for his country alongside other allied forces during World War Two and was clearly part of what Americans call “The Greatest Generation”.  After the war he worked his way up in the construction industry and eventually ran a concrete company. He didn’t marry until later in life – he was approaching 50 – but had nearly 40 happy years with his younger wife Pamela and they raised two daughters.    After he lost his wife in 2006, he lived with one of his daughters in a charming English village in the county of Bedfordshire, about 60 miles north of London.

It was here, and just last year at 99 years old, that Captain Tom really caught the attention of the nation.  Using his walker, it was his routine to slowly walk around the perimeter of his family’s 80-foot front yard every day.  Last spring, during the UK’s first lockdown, Tom Moore decided to raise money for Britain’s National Health Service’s frontline pandemic workers.  He decided to ask for donations to walk 100 laps of his front yard before his 100th birthday on April 30, 2020 – determinedly pushing his walker as he slowly proceeded to do just that. He wanted to raise about $1,200 but after the story of his fundraising mission went viral, he ended up raising $45 million – yes, million! – for health workers fighting COVID-19.   In July last year, Queen Elizabeth II knighted Moore at Windsor Castle in one of her first public appearances after the country’s first lockdown in 2020.  So, Captain Tom became Sir Tom Moore.

To put Britain’s fight with the coronavirus in context, the UK – with a population of about 67 million people – currently has the third highest number of recorded coronavirus deaths in the world. Only the United States (population 328 million) and Brazil (population 213 million) have had more.   The National Health Service (NHS) in the United Kingdom is the nationalized healthcare system in which the government pays for services and owns the hospitals and employs the doctors.  In normal times the NHS is often criticized and represents a highly-charged political topic;  however, the visible and selfless actions of NHS workers during the pandemic has led the nation, and those from all sides of the political spectrum, to come together to show their support.  That’s why Sir Tom’s gesture struck a chord with the British public.

Last year the social movement, ‘Clap for the NHS’, began in Britain on March 26, 2020 as a one-off commemoration to show support for NHS staff who were working long hours during the first nationwide lockdown. There have been similar initiatives in other parts of Europe and some cities in the USA.  After millions of people across Great Britain got involved by standing outside or at an open window clapping, banging pots and pans and even playing bagpipes, the initiative expanded to include all key workers and continued every Thursday evening for ten weeks until May 28 2020.  Politicians, Royal Family members and celebrities also joined in to show their support.

The day after it was announced that Captain Tom Moore had died, residents across the nation paid their respects by clapping for him simultaneously at 6 p.m. local time. Church bells and fireworks also went off in honor of this great veteran, in what I think was a very appropriate and symbolic show of appreciation and unity.  For more information visit  www.bbc.com

Captain Tom Moore was a light in the darkness of this pandemic.  His desire to help, his message of hope, and his dogged perseverance has really proved that it is possible to live a full and meaningful life, even at 100 years old!

I say goodbye this week with a quote from Captain Tom himself when talking about the pandemic last year.  “At the end of the day we shall all be OK… the sun will shine on you again and the clouds will go away.”  Thank you for the inspiration Sir Tom and Rest In Peace.