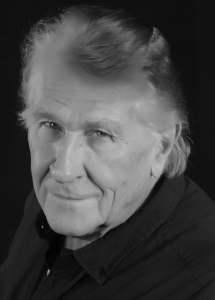 In an exciting new partnership with Savannah’s Telfair Museums, SVF presents Mozart to Puccini: Opera Costume and Set Production – a Chat with Two Met Legends, at 6 p.m. on Tuesday, April 20. This expert panel is presented in conjunction with an exhibition from the McNay Art Museum’s Tobin Collection of Theater Arts. The program features acclaimed dramatic baritone Sherrill Milnes (654 performances with the Metropolitan Opera), and one of the world’s foremost stage directors for opera, Fabrizio Melano. The two will discuss stories from famous productions in addition to set design and costumes. The panel will be moderated by Maria Zouves, Executive Director of The Milnes VOICE Programs, VOICExperience and Savannah VOICE Festival. This online event is free, but registration is required at https://zoom.us/webinar/register/WN_kdmPXwayRDe9j0yhaJKebw

At 1 p.m. on Thursday, April 22, SVF once again partners with the Jewish Educational Alliance to present a virtual Food For Thought program featuring Festival artists. In this “From Stage to Screen” presentation, artists and editors of the Savannah VOICE Festival will perform some of the segments they have produces during social distancing and discuss the process and stories behind the pivot the Festival made in music streaming. This session will be led by Savannah VOICE Festival Co-founder and Executive Director Maria Zouves.

To celebrate Earth Day on Thursday, April 22, SVF renews its partnership with Hospice Savannah with a one-hour online presentation at 11 a.m., which is repeated at 7 p.m. VOICES That Heal: For the Beauty of the Earth is part of a series of informative “listening labs” featuring music from various genres which comfort, soothe, and heal the soul. During this event, Chad Sonka and Kourtney Tigner, MT-BC, will explore music performed by Savannah VOICE Festival artists which relaxes and celebrates Mother Nature. To watch this virtual event, visit www.savannahvoicefestival.org/voices-that-heal.  Learn more about Hospice Savannah’s resources by visiting. Investment is provided by the City of Savannah’s Weave – A – Dream program.

“SVF continues to solidify its position in the Savannah community by extending our partnerships” said Zouves. “We’re proud to present these online spring events in association with leading arts, education and health organizations.”

Savannah VOICE Festival is a 501(c) 3 tax exempt nonprofit arts organization in the state of Georgia. The Festival brings classical vocal excellence to the Savannah area through a two-week celebration of concerts, events and educational presentations during the month of August and throughout the year. Focusing on arts awareness and audience development in the performing arts, it offers music from opera, musical theatre and popular song. The Savannah VOICE Festival is supported in part by the Georgia Council for the Arts through the appropriations from the Georgia General Assembly. GCA is a Partner Agency of the National Endowment for the Arts. Donations are tax-deductible.

Sherrill Milnes is a five-time Grammy® nominated, three-time Grammy® winner and 2008 Opera News Award winner, Milnes is internationally recognized as the leading Verdi Baritone of his time. A world-renowned opera star who sang for over four decades, Milnes has conquered all of the great opera capitals of the world, including the Royal Opera, Covent Garden; La Scala, Milan; Berlin’s Deutsche Opera; the Paris Opera; Buenos Aires’ famed Teatro Colon; the Liceu in Barcelona; the Bavarian State Opera in Munich; the Salzburg Festival; the Hamburg Opera; and Moscow’s Bolshoi Theatre. Milnes is Commendatore of the Italian Republic and a Chevalier of the French Republic and was inducted into the Lincoln Academy, the highest honor the State of Illinois can bestow. He has had the honor of performing for every United States President since Gerald Ford. Milnes has worked extensively with young singers throughout his career. He has led master classes at the Juilliard and Manhattan Schools in New York, at most major universities throughout the country and at the Mozarteum in Salzburg. More extensive teaching has been done at the Yale University School of Music; Tchaikovsky Conservatory in Moscow; the Northern Royal College of music in Manchester, England (where he is a fellow); the Israel Vocal Arts Institute in Tel Aviv; Montreal; Puerto Rico; and the International Institute of Vocal Arts in Italy. The legendary artist and educator is now Distinguished Professor of Music Emeritus from Northwestern University and continues to teach and judge vocal competitions around the world. Having founded the VOICExperience Foundation with his wife, soprano Maria Zouves, in 2000, they have mentored singers through training programs and built opera audiences throughout the nation, most recently creating the Savannah Voice Festival, launching in the summer of 2013.

Fabrizio Melano, stage director, is an established figure on the international opera scene, having worked in leading opera houses throughout the world for more than 40 years. He began a long-standing relationship with the Metropolitan Opera in 1969 and has directed 21 operas there, among them seven new or revised productions. He directed Tony Randall in his last play, Pirandello’s Right You Are, with the National Actors Theater and staged a new musical, Asylum, at the York Theater Company. In April 2010 Juilliard presented his production of Dialogues des Carmélites, and the Met and Juilliard his production and staging of Armide in February 2012.