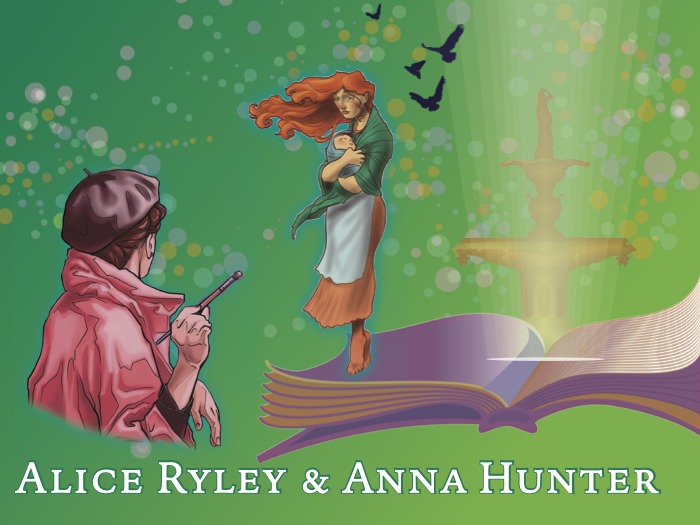 SAVANNAH, GA – June 17, 2022 – The Savannah VOICE Festival will produce a double bill featuring two of its most original opera commissions as part of the highly anticipated upcoming 10th season. For two nights only, on Aug. 12-13, patrons can experience the back-to-back magic of “Alice Ryley, a Savannah Ghost Story,” and “Anna Hunter, the Spirit of Savannah,” both directed by Joe Winskye and conducted by Andrew Bisantz. The two Savannah-centric operas were written by Savannah OPERA’s Composer-in-Residence Michael Ching, and this is the first time they will be performed together in the city whose history inspired these ghostly operas.  The double bills start at 6:30 p.m. on both August 12th and 13th at the Charles H. Morris Center, 10 E. Broad St. in Savannah.

Alice Ryley tells the tragic tale of an immigrant’s experience with love and loss in the newly formed 13 colonies. Anna Hunter’s story, told in a comedic tone, depicts her as a newspaper reporter, painter, and community leader who aims to save Savannah’s historic squares. The double bill of the two shows is a first for Savannah VOICE Festival and serves as a special way to celebrate a decade of bringing top-notch musical entertainment to the Hostess City.

“Alice Ryley, A Savannah Ghost Story” debuted in October 2015 to sold-out Savannah audiences, drawing on inspiration from the book “Historic Haunts of Savannah” by Savannah-based authors Michael Harris and Linda Sickler. In 2017, Ching went on to compose “Anna Hunter, the Spirit of Savannah,” which is part of a collaborative effort with Historic Savannah Foundation’s Davenport House Museum, the first home Anna’s efforts saved from being destroyed.

Alice Ryley, played by Jessica Ann Best, is based on the true, sobering story of an Irish indentured servant, who immigrated to Savannah in the 18th century, bore a child, and was later hung on the suspicion of murder. Even Gen. Oglethorpe himself could not save the young woman as she navigated obstacles and endured heartache. Alice Ryley’s spirit is said to haunt historic Wright Square to this day.

Anna Hunter, played by SVF Co-Founder Maria Zouves, brings the audience back to modern times in a jovial depiction of a mid-1950s Savannah, set in the enchanting Davenport House. Anna, with the help of her friends, works to save Savannah’s historic charm as the squares are almost destroyed. Savannah VOICE Festival co-founder and legendary operatic baritone Sherrill Milnes is also set to make an appearance both evenings as a tour guide in “Anna Hunter.”

Ching is nationally recognized for his work on many inventive operas, including his a cappella adaptation of Shakespeare’s “A Midsummer Night’s Dream.” “The Savannah VOICE Festival has shown a dedication to keeping opera alive through the classics but also through new work, which speaks to the stories of our time,” Ching said. “I’m grateful to SVF Co-Founders Sherrill Milnes and Maria Zouves for creating Savannah OPERA and to celebrating this art form during the Festival’s tenth anniversary year.”

Savannah VOICE Festival is a 501(c)3 tax-exempt nonprofit arts organization in the state of Georgia. The Festival brings classical vocal excellence to the Savannah area through a two-week celebration of concerts, events, and educational presentations during the month of August and throughout the year. Focusing on arts awareness and audience development in the performing arts, it offers music from opera, musical theatre, and popular song. The Savannah VOICE Festival is supported in part by the Georgia Council for the Arts through the appropriations from the Georgia General Assembly. GCA is a Partner Agency of the National Endowment for the Arts. Donations are tax-deductible.