THANK YOU AND REST IN PEACE QUEEN ELIZABETH II 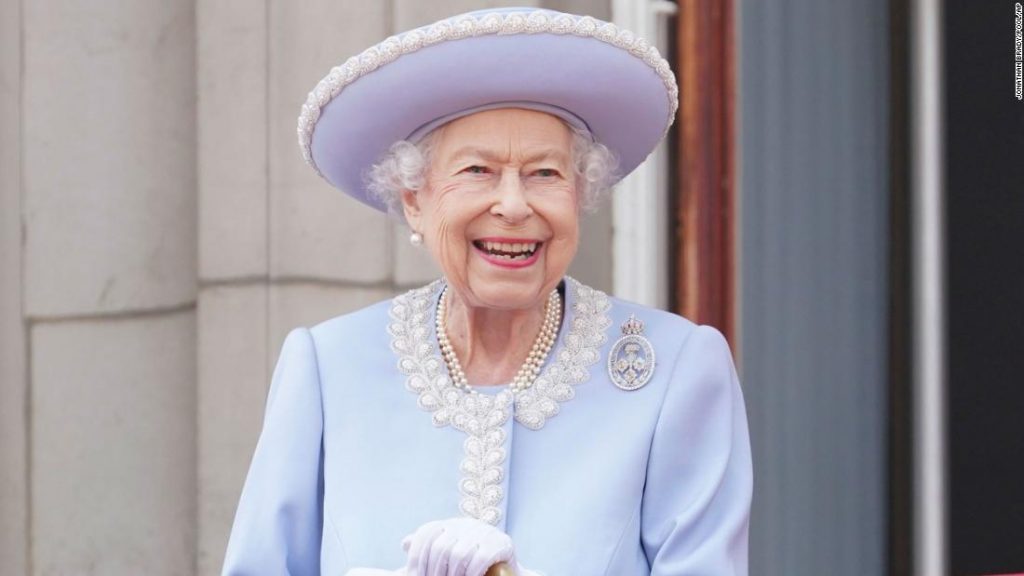 Last week, the world lost a much-loved iconic leader and a massively stabilizing influence. Like most British people, I now feel like a little piece of my heart has gone forever.  Of course, she was 96 years old and logically we knew she could not stay with us always.  But when I heard the news, I felt that the world shifted on its axis and will never be the same again.    The sadness is more intense because – quite simply for almost everyone in Britain, across the Commonwealth, and around the world –  she has always been there.  She was already 40 years old and a mother of four when I was born, but she was steadfast and dutiful and consistent and unchanging.  She was the heart and soul of the UK, and the solid foundation of our long history.

In a speech given on her 21st birthday in 1947, the then-Princess Elizabeth went on the radio and made this promise to post-war Britain and its Commonwealth nations: “My whole life, whether it be short or long, will be devoted to your service.” And so it was to be, right up to the very end.  Two days before her death, she greeted the new British Prime Minister, Liz Truss, and as is the tradition in the UK, asked her to form a government and become prime minister. It was The Queen’s job, her duty, her obligation, and her promise to the British people, and she did it despite the toll it must have taken on her during her last 48 hours on earth. She told us 75 years earlier during that speech that she would always do her duty, and she did it to the end.

Queen Elizabeth II has been consistently true to her words of that 1947 speech, devoting her 70-year reign to her country, her commonwealth nations, and her subjects.  Rarely in history has any leader been more completely, unwaveringly and selflessly devoted to her people.

As monarch, The Queen rose above politics and divisiveness.  She stood firm on the principal of a non-politically aligned monarchy, and always focused on what was best for her subjects.  She constantly promoted goodwill, communication, peace, and making the world a better place. She weathered internal scandals and bad behavior of other members of her royal family, worked with 15 British Prime Ministers, met with 13 of the last 14 US Presidents (somehow LBJ missed out), and guided the monarchy through innumerable changes over her seven decade reign.  She was the longest-serving monarch in British history, and at her passing at age 96 she had been patron to over 800 charitable organizations.  The Queen is currently being mourned by tens of millions of Brits, hundreds of millions across the Commonwealth, and billions around the world.  By some accounts, the Queen was the most popular person in human history.

I am thankful for the marks of respect given by the other land I love, the USA.  President Joe Biden has announced that he will attend her funeral and said “Her Majesty Queen Elizabeth II was more than a monarch. She defined an era”.   I have been deeply touched by how many American friends have reached out to me to express their sympathy and support for the loss of the Queen.  Many of them really “get” how I feel.  I have even been interviewed on TV and on Georgia Public Broadcasting radio.

So how did it all start? Once upon a time, back in 1926 in the land of my birth, a beautiful princess was born.  This princess was smart, lively, personable, strong-willed and fun.  She and her younger sister were princesses because their grandfather was the King, so their father was The Duke of York, and their slightly older uncle was The Duke of Windsor and in line to be the next King.

When she was just 10 years old, the arc of her life changed in ways she couldn’t completely comprehend as a child.  Her uncle had indeed become King in 1936 but decided later that year that he couldn’t do it.  He didn’t feel he was cut out to be the King, and he was also in love with and wanted to marry an American divorcee, which would have been completely against the 1,000-year-old rules of the monarchy. He therefore abdicated the throne, which is the British phrase meaning he resigned from being King.

So, our princesses’ beloved but very shy father reluctantly had to take on the role and step in and step up to become King George VI, which changed the line of royal ascension over to include our princess, his oldest child.  As a teenager and against her father’s wishes, she joined the armed forces during World War II and worked hard, becoming  a much-admired inspiration to her country during those difficult years.  Britain and the whole world started paying close attention to her.

In 1947, she married her own prince, a British war hero descended from the Greek and Danish royal family who came to England as a child.  He was tall, good-looking, an outdoorsman, a race car driver, a sailor, and a pilot. Prince Philip was a real “man’s man”, and although he was no doubt what today we would call “a handful” during those early years of their marriage, they went on to have four children together, and he became her supportive rock that stood by that young princesses’ side during a 73-year marriage until his death at 99 last year.  Seeing our Queen mourn alone in the chapel, due to COVID-19 restrictions which meant she could not sit close to her family, was heartbreaking and brought millions of us to tears.  But she did not once consider abdication, she just carried on with her job and her commitments…just as she promised.

Back to her life story.  In 1952, while the glamorous young couple were on a royal trip across Africa, the terrible news came:  her much loved father, King George VI, tragically died at the young age of just 52. So that young princess became The Queen.

She took this responsibility at the age of 25 and was an early and  magnificent example of how women can be leaders.  She was inspirational to several generations of young British girls, me included.  She provided a quiet strength, work ethic and dependability, and also had a deep religious faith which sustained her.

I tearfully say goodbye this week with a quote from the great lady herself, formally known as ‘Elizabeth II, by the Grace of God, of the United Kingdom of Great Britain and Northern Ireland and of her other realms and territories Queen, Head of the Commonwealth, Defender of the Faith.’  She said back in 2016: “On our own, we cannot end wars or wipe out injustice, but the cumulative impact of thousands of small acts of goodness can be bigger than we imagine”.

I really do miss her and I am thankful for her life, her contribution to history, and to her impact on me personally.  God Bless America, Great Britain, the Commonwealth, and RIP Queen Elizabeth II 1926-2022.  Thank you, Your Majesty.

Epilepsy Safe Mode
Dampens color and removes blinks
This mode enables people with epilepsy to use the website safely by eliminating the risk of seizures that result from flashing or blinking animations and risky color combinations.
Visually Impaired Mode
Improves website's visuals
This mode adjusts the website for the convenience of users with visual impairments such as Degrading Eyesight, Tunnel Vision, Cataract, Glaucoma, and others.
Cognitive Disability Mode
Helps to focus on specific content
This mode provides different assistive options to help users with cognitive impairments such as Dyslexia, Autism, CVA, and others, to focus on the essential elements of the website more easily.
ADHD Friendly Mode
Reduces distractions and improve focus
This mode helps users with ADHD and Neurodevelopmental disorders to read, browse, and focus on the main website elements more easily while significantly reducing distractions.
Blindness Mode
Allows using the site with your screen-reader
This mode configures the website to be compatible with screen-readers such as JAWS, NVDA, VoiceOver, and TalkBack. A screen-reader is software for blind users that is installed on a computer and smartphone, and websites must be compatible with it.

We firmly believe that the internet should be available and accessible to anyone, and are committed to providing a website that is accessible to the widest possible audience, regardless of circumstance and ability.

To fulfill this, we aim to adhere as strictly as possible to the World Wide Web Consortium’s (W3C) Web Content Accessibility Guidelines 2.1 (WCAG 2.1) at the AA level. These guidelines explain how to make web content accessible to people with a wide array of disabilities. Complying with those guidelines helps us ensure that the website is accessible to all people: blind people, people with motor impairments, visual impairment, cognitive disabilities, and more.

This website utilizes various technologies that are meant to make it as accessible as possible at all times. We utilize an accessibility interface that allows persons with specific disabilities to adjust the website’s UI (user interface) and design it to their personal needs.

Additionally, the website utilizes an AI-based application that runs in the background and optimizes its accessibility level constantly. This application remediates the website’s HTML, adapts Its functionality and behavior for screen-readers used by the blind users, and for keyboard functions used by individuals with motor impairments.

If you’ve found a malfunction or have ideas for improvement, we’ll be happy to hear from you. You can reach out to the website’s operators by using the following email

Our website implements the ARIA attributes (Accessible Rich Internet Applications) technique, alongside various different behavioral changes, to ensure blind users visiting with screen-readers are able to read, comprehend, and enjoy the website’s functions. As soon as a user with a screen-reader enters your site, they immediately receive a prompt to enter the Screen-Reader Profile so they can browse and operate your site effectively. Here’s how our website covers some of the most important screen-reader requirements, alongside console screenshots of code examples:

We aim to support the widest array of browsers and assistive technologies as possible, so our users can choose the best fitting tools for them, with as few limitations as possible. Therefore, we have worked very hard to be able to support all major systems that comprise over 95% of the user market share including Google Chrome, Mozilla Firefox, Apple Safari, Opera and Microsoft Edge, JAWS and NVDA (screen readers), both for Windows and for MAC users.

Despite our very best efforts to allow anybody to adjust the website to their needs, there may still be pages or sections that are not fully accessible, are in the process of becoming accessible, or are lacking an adequate technological solution to make them accessible. Still, we are continually improving our accessibility, adding, updating and improving its options and features, and developing and adopting new technologies. All this is meant to reach the optimal level of accessibility, following technological advancements. For any assistance, please reach out to