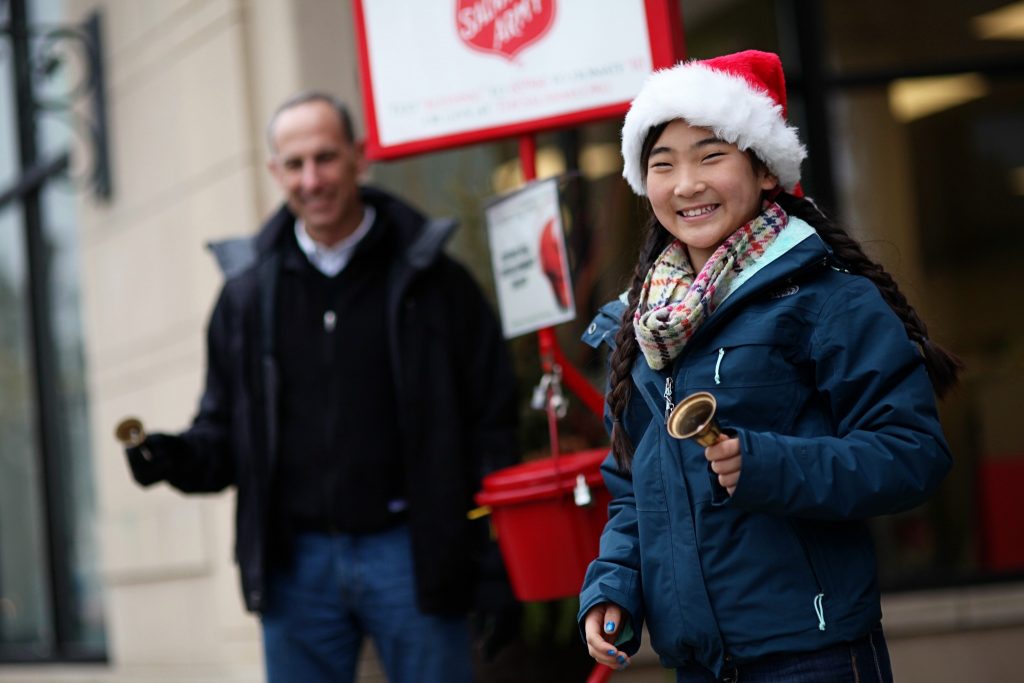 SAVANNAH, GA – December 10, 2021 – The Salvation Army of Savannah (TSA) is in need of volunteers to ring the kettles at partner locations during the holiday season for the annual Red Kettle Campaign to ensure they can continue to bring hope to those in need in our community this holiday season and beyond.

The Red Kettle Campaign is the best way for the community to get involved with The Salvation Army’s mission. Without this support, The Salvation Army could not provide desperately needed food and lodging to people in need in our region year-round. Volunteers are encouraged to ring at Belk, Kroger on Mall Blvd. and Leopold’s on Broughton.

One of the best ways to help during the Red Kettle Campaign is to sign up as a group for a week of volunteering. Volunteer shifts are 8 hours a day with hours from 10 a.m. – 7 p.m. Monday – Saturday (6 days). There are plenty of volunteer opportunities for groups to take a minimum of two hours of kettle ringing and only a few weeks to accomplish this momentous goal. While volunteering, businesses can wear their uniforms or company logo and can get free promotion just by ringing a bell. Businesses or individuals can bring their friends and family out to support a great cause.

The concept of the Red Kettle Campaign began in 1891 when Salvation Army Captain Joseph McFee was troubled by how many poor individuals in San Francisco were going hungry. During the holiday season, he resolved to provide a free Christmas dinner for the destitute and poverty-stricken but did not know how to fund the project. As he pondered, he remembered his sailor days in England where there was a large, iron kettle that passersby tossed a coin or two into to help the poor. The following day Captain McFee placed a similar pot on the street with a sign that read, “Keep the Pot Boiling.” He soon had the money to see that the needy people were properly fed at Christmas. Today in the U.S., The Salvation Army assists more than four-and-a-half million people during the Thanksgiving and Christmas season. Everywhere, public contributions to The Salvation Army kettles enable the organization to continue its year-round efforts at helping those who would otherwise be forgotten.

Every donation provides help and hope to those in need, and all gifts stay within the greater Savannah community. The public will have an opportunity to donate directly to the famous red kettles around the region during the holiday season or via the online donation platform at www.RedKettleSAV21.givesmart.com  or by texting “RedKettleSAV” to 76278. Donations are also welcomed throughout the year via the organization’s website at www.salvationarmygeorgia.org/savannah/ or by calling 912-651-7420.

About The Salvation Army