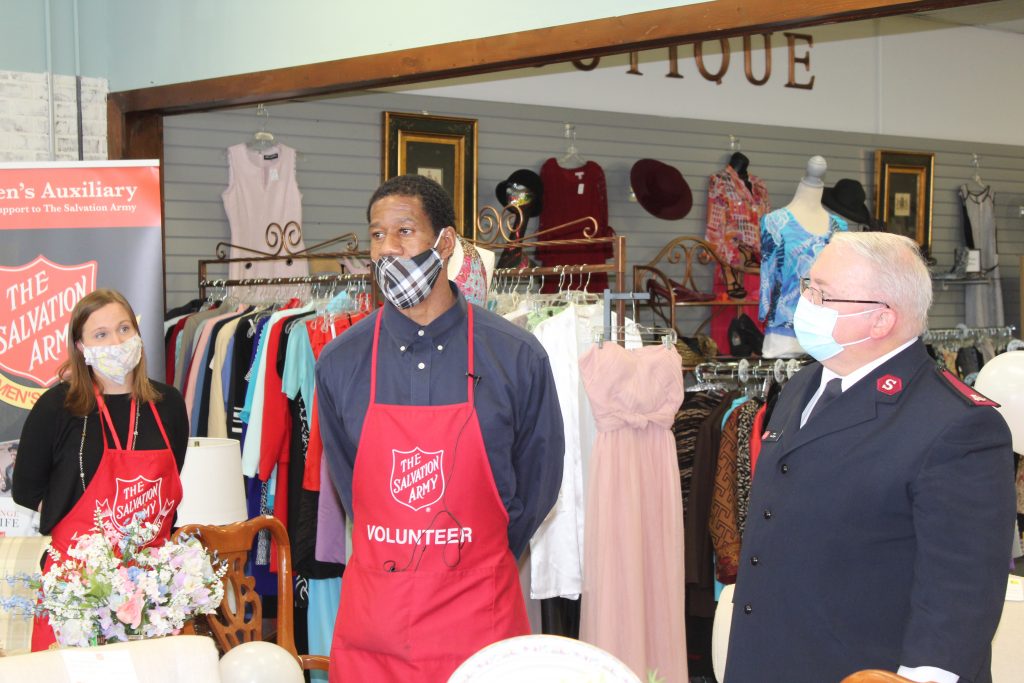 SAVANNAH, GA – APRIL 22, 2021 – Yesterday, the Salvation Army of Savannah’s (TSA) Women’s Auxiliary hosted a celebration of The Salvation Army Boutique Family Store’s third anniversary. Major Paul Egan and leaders from the Women’s Auxiliary made short presentations and graduates from TSA’s rehabilitation programs were in attendance to discuss the positive impact that the store’s profits have had on TSA’s programs.

Beginning on Wednesday, April 21, the boutique will continue to have sales and door prizes through the weekend. Since the boutique’s grand re-opening by the Women’s Auxiliary in 2018, the store has undergone major renovation and raised over $450,000 to support programs like the drug and alcohol rehabilitation program as well as other various projects throughout the year.

“The Salvation Army of Savannah is so grateful to have a group of hard-working of women who are dedicated to keeping the Boutique Family Store a success,” said Major Egan. “The money made in this store goes directly to changing the lives of our community in a positive way through our programs and other community outreach projects.”

The Women’s Auxiliary is a civic group of over 100 community-minded women who want to make a difference in Savannah, GA, and the surrounding counties by raising awareness and funds to expand the amount and quality of help that is given by The Salvation Army of Savannah.

The Salvation Army has served greater Savannah for the past 120 years and has always supported the most vulnerable in our community.  To make a monetary donation directly now or for more information about The Salvation Army Savannah, please visit https://salvationarmygeorgia.org/savannah/ or call 912-200-3004 and follow the organization via social media.

About The Salvation Army