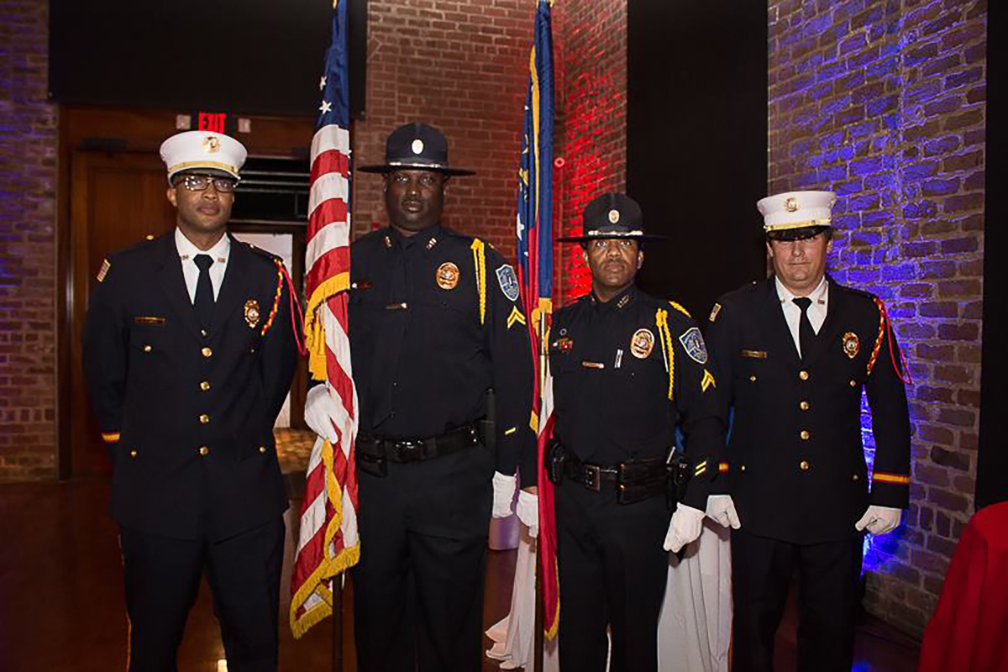 SAVANNAH, GA – FEBRUARY 1, 2021 – A couple of Savannah’s exceptional first responders will be honored Thursday, April 15, 2021, by the Two Hundred Club of the Coastal Empire. While one is a police officer and the other is a paramedic, they both heroically risked their lives and safety with no reluctance to save citizens in imminent danger.

During the annual Tak Argentinis Valor Awards ceremony at the Charles H. Morris Center in downtown Savannah, the club and its supporters will recognize Officer Raymond Purnell of the Savannah Police Department and Paramedic Mindy Cauley of Chatham Emergency Services.

Purnell’s gallant actions saved many innocent bystanders and put his own life in jeopardy. As a dangerous situation escalated, he jumped into action and literally ran toward flames to detain a suicidal shoplifting subject and bring an end to a conflict that posed a risk to several onlookers. Paramedic Mindy Cauley’s selection for her act of heroism stems from the night she talked a suicidal man out of jumping off the Thunderbolt Bridge while driving home from work. She went above and beyond the call of duty, placing herself in grave danger and saving the man’s life.

The honorees were selected for the awards by a committee of law enforcement and fire command officers, according to Club President Mark Dana. Nominations were received from the 20 counties that comprise the Two Hundred Club of the Coastal Empire’s support and service area. The award recipients each will receive a plaque and a medal of valor.

“The 200 Club’s main mission is to support first responders and their families in case of death or critical injuries in the line of duty. Everything we do as an organization is to serve these local heroes who make sacrifices to keep our community safe,” Dana said. “That is why we must recognize first responders who display great acts of valor in the face of danger and put others’ safety before themselves. We hope this award is a symbol of our sincere appreciation for these brave individuals’ service.”

The club is a nonprofit, independent organization that relies on its members’ annual dues and donations as well as fundraising events to provide donations to the families of fallen and injured first responders.

Tickets to the Valor Awards are $25 and include entry to the awards ceremony and heavy appetizers. A link to purchase tickets will soon be posted on the club’s website, www.twohundredclub.org. For more information, please call 912-721-4418 or email info@twohundredclub.org.