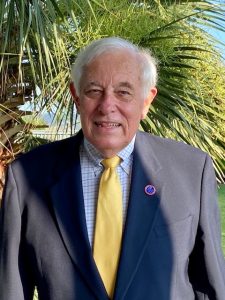 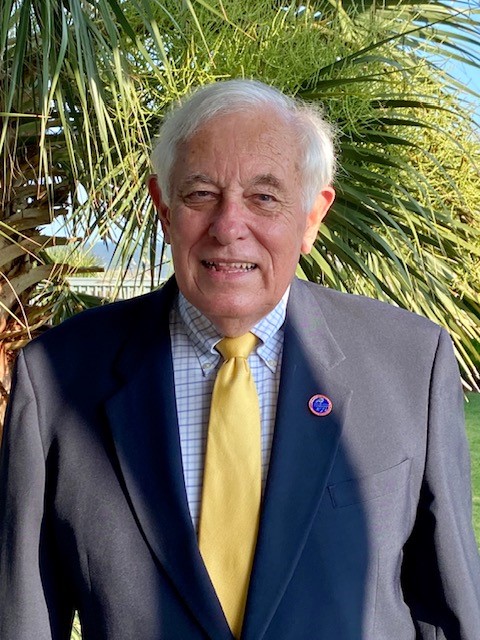 We are pleased to inform you of our next Dinner and a Lecture: Robert Mills: America’s First Native Born Architect. HBF’s lecture series is an opportunity to immerse yourself in a specific aspect of Beaufort and South Carolina history while making a deeper connection with our beautiful city. You are invited to join us as we learn about the life and legacy of Robert Mills, America’s first native-born architect, by lecturer William S. Davies, Jr.

Robert Mills was born in Charleston in 1781 and was the first architect to be entirely trained in the United States. Unlike other architects of this period who trained in Europe, Robert Mills’ style was completely developed out of his experiences within this country and influenced by the topography and character of the nation.

While he is most known for designing the Washington Monument, Robert Mills has been very influential in the architecture of South Carolina. Mills fell in love with architecture early on in his life. He studied under James Hoban and Benjamin Henry Latrobe, gaining extensive knowledge of the Classical Revival style. Before returning to his native South Carolina, Mills designed and worked on many historic buildings in the Philadelphia and Washington, D.C., areas. Later, he moved his family back to South Carolina and worked as the State Architect and Engineer for South Carolina. During this time, he designed 12 courthouses and the state’s asylum. Importantly, it was his training in the Classical Revival style that guided his architectural preferences. He was heavily influenced by Thomas Jefferson and believed the Classical Revival style signified the revitalization of the ancient republics. He further felt that this architecture represented the birth of a new nation following the Revolutionary War.

As we study the life of Robert Mills in a discussion led by William S. Davies, we will uncover the deep ties and impact of the Revolutionary War on the architecture of South Carolina. More importantly, we will have the opportunity to more fully understand the motivations and intentions of one of South Carolina’s most famous architects, as interpreted by well-known historian William S. Davies.

A prominent figure in this field of research, Davies focuses his presentation on Mills’ historic relationships to South Carolina. Davies was a partner of Nelson Mullins Riley & Scarborough LLP for 34 years and practiced law in Columbia, S.C. He earned a Juris Doctorate from the University of South Carolina School of Law after earning a Bachelor of Arts degree in political science from the Citadel. Currently, Mr. Davies is a member of the South Carolina Historical Society, the Fort Sumter-Fort Moultrie Historical Trust, the Edisto Island Historic Preservation Society, the South Carolina Archives & History Foundation, the Charleston Museum, the South Carolina State Museum and the Sons of the American Revolution, just to name a few. While his resume is impressive, we will have the opportunity to learn from Mr. Davies in an intimate setting, allowing for questions and conversation.

Please join us on July 26th for a glass of wine, refreshments, and conversation – and enriching experience for the mind and body. Tickets are on sale now for this fabulous event. You can purchase tickets on our website Historicbeaufort.org, by phone (842) 379-3331, or by coming into our office at 208 Scotts Street, Beaufort, S.C. We are limiting occupancy, so get your tickets soon! Please also support HBF partner and “Dinner and a Lecture” sponsor Saltus River Grill. Lecture attendees receive a 10% discount on dinner following the lecture when they present their lecture tickets.